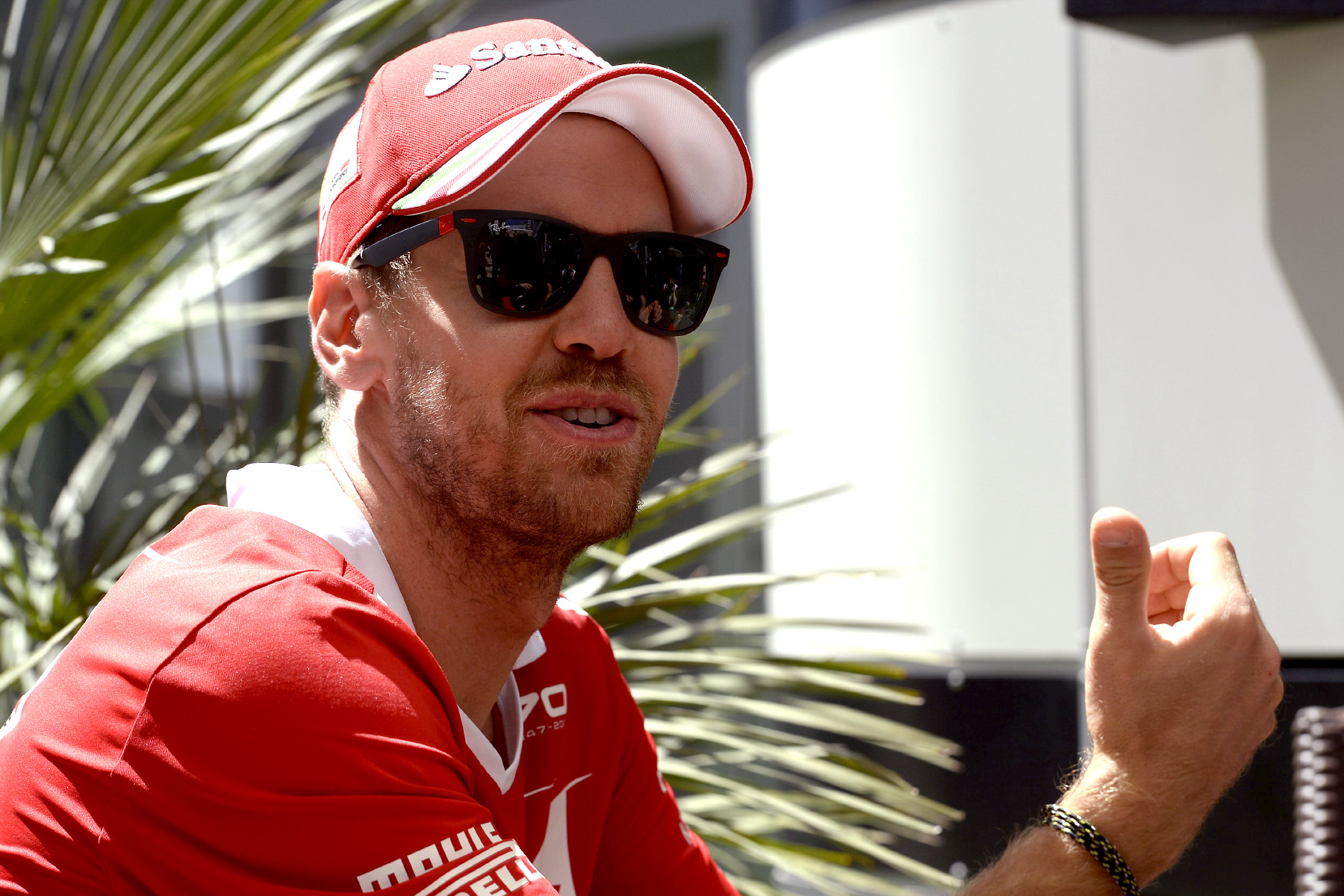 Sebastian Vettel and Kimi Räikkönen have claimed a phenomenal front row in qualifying for the Russian Grand Prix ahead of weekend favourites Mercedes.

Ferrari threatened to seize control of the weekend early during practice, but qualifying sessions one and two proved inconclusive as to who held the ultimate power.

Ferrari was able to switch its tyres on more effectively, however, which made the difference for Vettel, who seized his and Ferrari’s first pole position since 2015 and the team’s first front-row lockout since 2008.

“A big thank you to the team,” said Vettel. “I think the car was phenomenal this afternoon.

“It’s really a pleasure to take a seat and go around on low fuel.

“The main job’s tomorrow, but for now it’s an important step — we managed to improve the car.”

The gap between the red-clad drivers was a minuscule 0.59 seconds, which was particularly frustrating for Räikkönen, who was performing well on his final flying lap until an error at the final turn left him wide over the last kerb.

“Obviously the aim is to be in the front,” said Räikkönen. “We just got some traffic on the out lap on the last set and couldn’t really make the tyres work as well.

“I’m happier than in previous qualifyings, but I think we had all the tools to be in front today — but one-two for the team is not bad.”

Räikkönen was just 0.036 seconds ahead of Mercedes compatriot Valtteri Bottas, whose sector times were promising early but collapsed late on his final lap, which was the continuation of a weekend-long trend for the Silver Arrows.

“We made improvements today but not quite enough,” Bottas explained. “To be honest, all weekend they [Ferrari] have had the upper hand.

“I think a second-row start here is not that bad a thing; it’s a pretty long run into turn one.”

But more impressive for Bottas than his 0.095-second gap to the fastest of the quicker Ferrari was his 0.478-second advantage over teammate Lewis Hamilton.

The Briton had struggled all weekend to drive around the lack of grip his car was able to extract from Pirelli’s tyres, but Hamilton said he simply couldn’t compete with his teammate on the day.

“I just wasn’t quick enough today,” he told Sky Sports. “I’ll have to go back to the drawing board and figure out why.

“Half a second was all in the last sector, that’s what I need to look at. That’s where all the mistakes happened.”

But while Hamilton will be left pondering what left him half a second off the pace, Red Bull Racing remains resigned to the fact its 1.7-second gap to pole remains insurmountable for at least one more round.

QUALIFYING TWO
The second segment of qualifying came down to a final rush of fast laps as the tight midfield attempted to break into the top 10.

Carlos Sainz missed the cut by 0.2 seconds and qualified eleventh, but the Spaniard jumped Stroll in P12 and teammate Daniil Kvyat and in P13 with the last lap of the session, with Kevin Magnussen qualifying fourteenth.

Sainz, however, carries with him a three-place grid penalty for crashing into Lance Stroll in the Bahrain Grand Prix, meaning he will start behind all three of his slower rivals.

Fernando Alonso was the forgotten man of Q2, meanwhile, putting his McLaren in fifteenth, which the Spaniard described as ‘unbelievable’ on his pit radio.

QUALIFYING ONE
The start of qualifying was exploratory for teams, most of which continued to struggle with grip on Sochi’s ultra-smooth tarmac.

But with the exception of Ferrari’s super-confidence around the Russian circuit — so much so that the Italians used only the slower supersoft tyre rather than the otherwise universal ultrasoft — the slipperiness was equal for all, meaning the battle to escape Q1 was fought amongst the usual suspects.

Romain Grosjean was eliminated in last after troubled practice sessions marred by braking issues as Haas swapped from one supplier to another and back again in a bid to cure year-old brake issues.

Vandoorne, however, will start from last on the grid thanks to a 15-place grid penalty picked up this weekend due to an unscheduled power unit change.

Jolyon Palmer qualified sixteenth, and the Briton also claimed the dubious honour of ending the session early when he whacked into the barriers on is final lap.

It was a cruel blow for both Palmer and Renault’s mechanics after the car required an overnight rebuild for a tub change and the engine necessitated a last-minute change in the two hours between FP3 and qualifying.