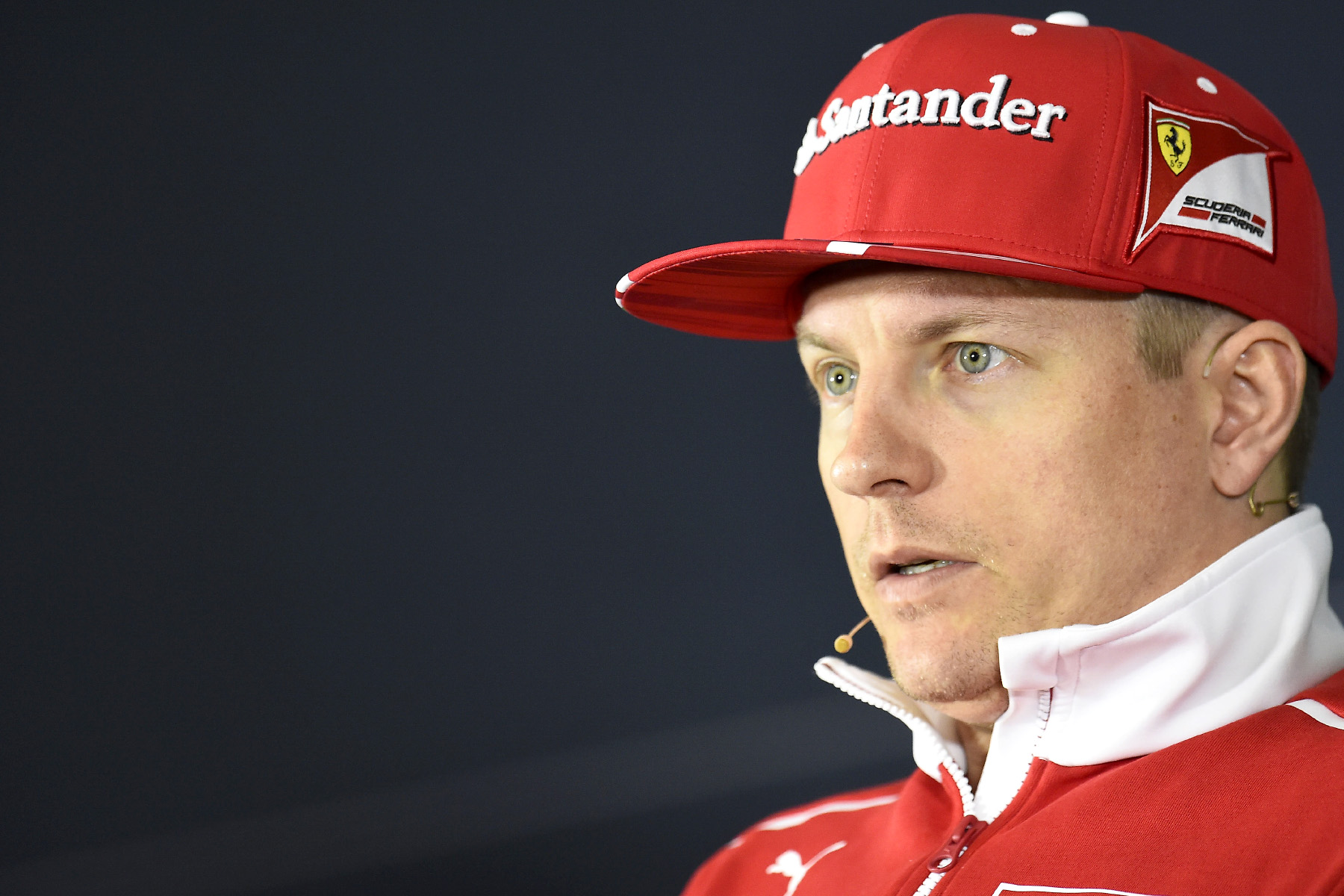 “Today Kimi seemed to have other commitments,” Sergio Marchionne, Ferrari CEO and F1’s closest thing to a Bond villain, told Italy’s La Repubblica at the Chinese Grand Prix. “I talked to Maurizio; maybe it’s time I sit with him and talk to him. He seemed to be doing nothing on the track.”

Just two rounds into 2017, it was a scathing assessment of the last man to win Ferrari a drivers championship.

Worse for Räikkönen than his ailing form is that his go-slow first stint in Shanghai deprived his teammate of a shot at the race win. Sebastian Vettel lost somewhere between five and six seconds stuck behind the Finn, but the German trailed Lewis Hamilton over the line by just 6.2 seconds after 56 laps.

The season is still young — indeed it is sufficiently young that trigger-happy Ferrari felt it would have been premature to issue Räikkönen with a team order to let his teammate past in China — but so severe is Räikkönen’s deficit to Vettel that the questions are asking themselves.

Though off weekends are not unusual in Formula One, the nature of Ferrari as F1’s most prestigious team and Kimi Räikkönen as a world champion makes his race deficits of 22 seconds and 48-seconds in Australia and China respectively unacceptable, particularly in such a competitive year.

So it is that despite F1 2017 being early days Räikkönen finds himself under Marchionne’s presidential pressure.

Kimi is something of a Sakhir specialist, finishing on the podium eight times in 11 attempts, albeit without tasting victory.

Something about the circuit just works for him, and those same things should be at play this weekend.

For one, the circuit layout places more emphasis on rear traction than front grip should allow Kimi to push to one side the front-tyre traction issues he is notorious for suffering from, as is the case this year.

Furthermore it seems Ferrari’s SF70H is kind on its tyres because it works them less aggressively, which would explain Mercedes, which works its tyres harder, winning back a slight advantage in China, where 13-degree track conditions favoured cars that could quickly warm their tyres. The Bahraini desert temperatures could swing conditions back towards Ferrari.

So the stars could be aligning for Kimi to win back some credibility in Bahrain — but he’s not the only driver out for redemption.

Valtteri Bottas has thus far flown relatively under the radar in Nico Rosberg’s vacated Mercedes seat, but his unavoidably high-profile and embarrassing spin behind the safety car in China, which likely cost him a podium place, has reminded the sport that there’s a reason we’re talking about Hamilton vs Vettel, not Mercedes vs Ferrari.

The junior Finn earns himself some slack given his late offseason switch from Williams deprives him of the benefit of Räikkönen’s cumulative seven-year career at Ferrari, but the same rules that apply to the Scuderia likewise govern Mercedes: a front-running team is no place to make mistakes. You perform or you perish.

Though Bottas can take heart from the fact he has on occasion shown race pace on par with Hamilton’s, his consistency at that level has been lacking. Moreover, though his qualifying gap to Hamilton in Australia and China has been far from brutal — 0.3 seconds in Australia and a little less than 0.2 seconds in China — Sebastian Vettel outqualified him on both occasions despite Mercedes’s qualifying engine advantage.

A slow start on Bottas’s part is concerning on two levels.

The first is that, given Hamilton and Vettel appear likely to trade wins throughout the year on current form, a fourth Mercedes constructors title will be decided on Bottas’s performance relative to Räikkönen’s, and the all-Finn head-to-hand stands at one higher finish apiece.

The second, and the more concerning for Bottas, is that Mercedes has deliberately signed him to a one-year contract knowing that both Sebastian Vettel and Fernando Alonso, amongst others, will be out of contract by the end of the season. Cruising and collecting points, even if consistently ahead of Räikkönen, might not be enough were his services to be weighed against those of a true F1 heavyweight.

Bottas, therefore, hasn’t the luxury of time to build to Hamilton’s bar and win his first race, just as Räikkönen’s time is expiring to rediscover the pace that made him a champion almost a decade ago.

Bahrain could indeed be the crucial weekend F1’s pair of Finns prove they can still fly.