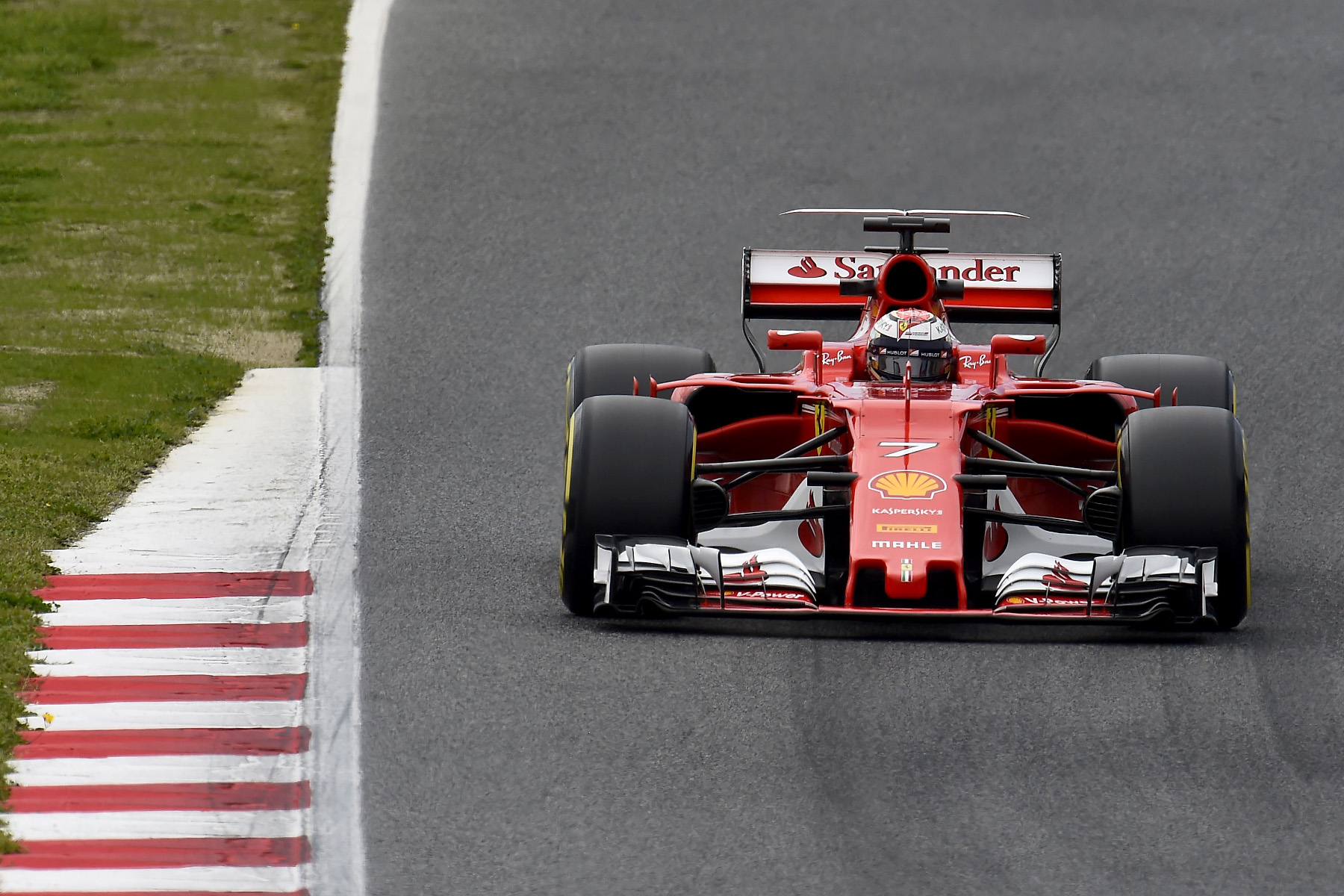 Who won the ‘winter world championship’?

‘Notoriously unpredictable’ is the phrase quick to any F1 scribe’s hand at this time of the year, and for good reason — sandbagging and showboating are rife, and even in the event they aren’t, it’s almost impossible to know either way.

But what we do have to go on is the hard data, and from that we can glean some useful indicators for the season ahead.

1. FERRARI AND MERCEDES ARE CLOSE
Traditional showboater Ferrari unusually finds itself labelled with the sandbagging tag in 2017.

Kimi Räikkönen set testing’s best lap — a 1 minute 18.634 seconds — on the final day, but it was Sebastian Vettel’s similarly quick lap the day before that had chins wagging when he delayed applying the throttle out of the last corner.

Was it a crude attempt to hide the pace of a car trackside observers have lauded as effortlessly quick from rivals? Mercedes thinks so, and Lewis Hamilton has suggested Ferrari could be the leading machine.

The Silver Arrows completed an understated test in a car that looked great but unspectacular, recording 650 more kilometres than anyone else but setting a fastest time more than half a second slower than Ferrari’s.

This battle is too close to call. If Melbourne has the pair competing, the difference this season will come down to development power, which Ferrari sorely lacked last season.

2. DON’T COUNT OUT RED BULL RACING
It was always going to be impossible for Red Bull Racing’s RB13 to match the Mercedes-beating hype, but its preseason debut nonetheless underwhelmed.

Its lap total was merely thereabouts and it failed to set a headline time, ranking in the middle on both counts.

More concerning still is that Daniel Ricciardo admitted his team had lost its way with the set-up — hardly of serious concern, but it raises gentle questions about the team’s early grasp on its new car concept.

It escaped few, however, that the preseason-spec RB13 appeared relatively rudimentary, and given Red Bull Racing’s ability to pump out powerful updates in short order, any performance deficit to Ferrari and Mercedes should be closable by the European leg of the season starting in May.

3. THE MIDFIELD IS CLOSE, BUT NO CIGAR
Happily, the close midfield action that kept three season of Mercedes domination alive is set to continue in 2017 — but the downside is that the midfield podium heroics of yesteryear seem long gone, with one team principal venturing the gap from the top the middle to be as much as 1.5 seconds.

Williams seems to have regained its title as the best of the rest, but no better. It set the third-fastest time of the preseason, and despite rookie driver Lance Stroll’s two shunts in the first four days, the team completed the third-highest number of laps.

Behind Williams looks a real slog for supremacy. Force India is ably abetted by its Mercedes power unit but appeared skittish. Haas is consolidating on its standout debut season admirably. Renault has taken a significant step forward, but power unit problems left it down on mileage and off the pace.

Toro Rosso, however, bore the brunt of the Renault motor’s unreliability, completing fewer laps than the French works team. Its aggressive design was good enough for the fifth-fastest time, but a paltry 2719 kilometres has left it open performance and unreliability unknowns.

4. NEVER USE LAST YEAR’S POWER UNIT
Sauber’s 2016 near-death experience not only compromised the 2016 programme but hampered preparations for 2017 — so much so that the Swiss squad decided to buy cut-price year-old Ferrari engines to bring stability to its development.

Toro Rosso had done the same thing last year, but a rapid decrease in competitiveness ensured it signed itself an up-to-date deal this season.

Stability is certainly what Sauber has — it completed a commendable 788 laps — but its performance has suffered dramatically, borne out by it being slowest-of-all and a woeful three seconds off Ferrari’s pace.

The 2017 regulations place more emphasis on aerodynamic performance, but with more aero comes more drag, and the easiest way to counteract drag is to add power. Sauber’s power unit is effectively frozen, meaning the backmarker will move only further back this season.

5. McLAREN-HONDA IS MAKING EVERYONE ELSE LOOK GOOD
Optimism quickly turned to despair and then horror for McLaren-Honda when it became obvious that Honda’s newest power unit was a crippling disappointment.

The first iteration of the motor suffered serious internal combustion problems, while the second edition caused such significant vibrations that the car electrics broke, leading Fernando Alonso to lash out against the manufacture.

This column last week outlined the terminal threats to McLaren-Honda’s viability, but an unexpected side effect of the partnership’s worrying lack of competitiveness is that the problems of the rest of the grid appear relatively minor.

Lost in the storm of failing Honda power units are Renault’s own reliability concerns, suggestions Mercedes’s updates aren’t bringing expected performance and that some are chronically unreliable, driver concern that overtaking will be significantly harder this year, persistent uncertainty around Pirelli’s new tyres, and Haas’s ongoing brake issues, to name but a few.

In sum preseason testing has hinted at a season of unpredictability, with teams up and down the grid forced to re-stake their claims to territory after a rules reset. There is no obvious victor, in contrast to the three seasons past, and nor is any team assured of last place.

The only thing we know for certain is that F1 2017 will be an intriguing story, and the wait for the first chapter is less than a fortnight away.