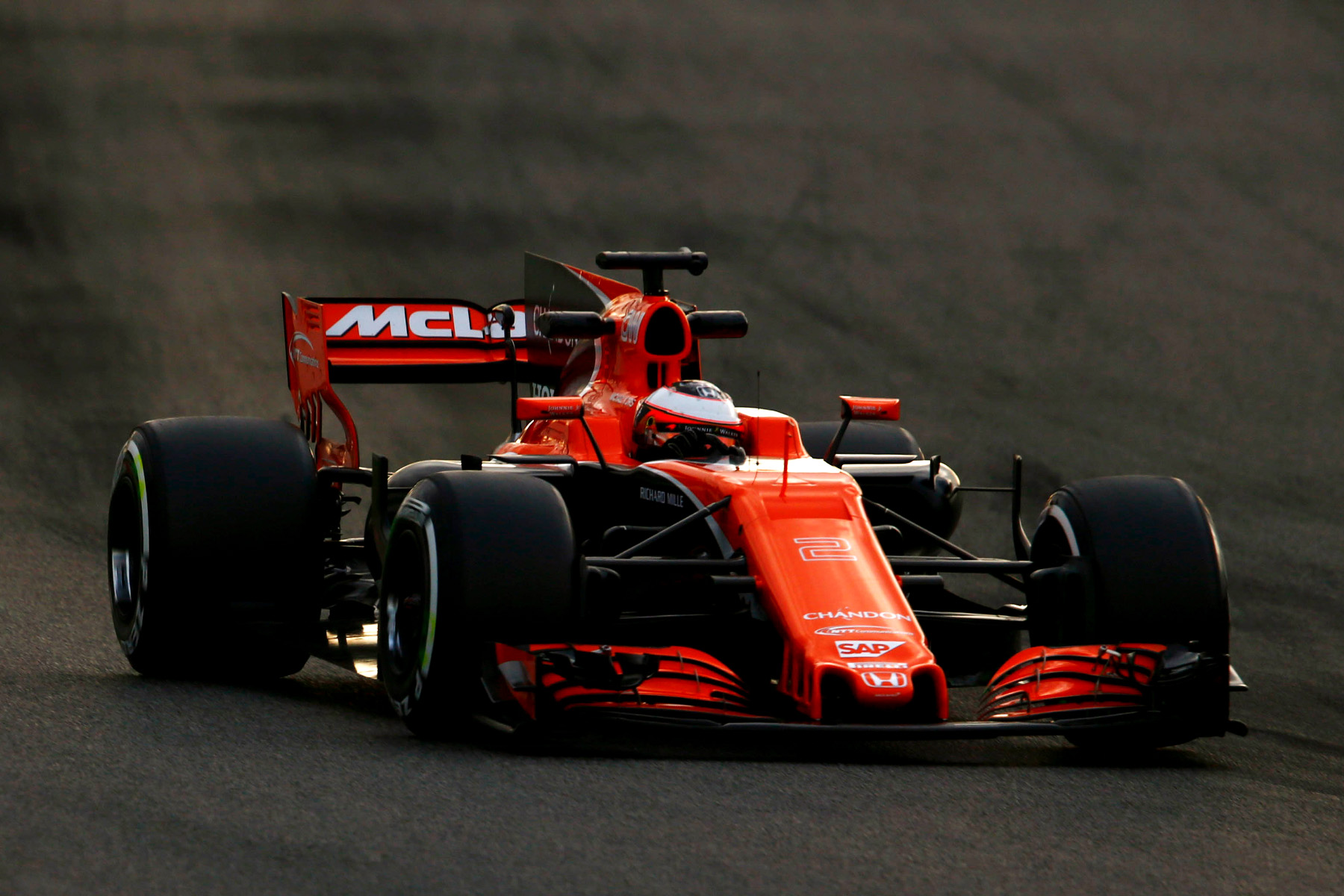 Why 2017 could break McLaren-Honda

New regulations this year are designed to shake up the order by giving chassis and engine designers more freedom, and at first glance the changes appear to have worked.

Red Bull Racing is seizing the chance to outmanoeuvre triple-champion Mercedes, and Ferrari, contrary to expectations, appears to have built a Silver Arrow-standard car — and that’s without considering the competitive midfield.

Together with the new technical regulations McLaren is operating under a new management structure with a new driver, a redesigned Honda power unit and even a fresh coat of paint.

The fresh 2017 combination is supposed to cast aside the partnership’s two formative seasons as little more than a steep learning curve — but, to use Fernando Alonso’s words, the first preseason test has been nothing but “disappointing”.

Honda’s 2017 power unit is the most eye-catching of the team’s problems, with an oil tank issue and a potentially integral internal combustion unit problem severely restricting track time.

At the end of the four days McLaren and Honda completed just 208 laps, more than only Sauber. By comparison, the Mercedes team completed 558. Meanwhile Ferrari power units completed an impressive 1375 tours across three cars.

But it isn’t all about lap count, and in this respect McLaren’s chassis is far from blameless — indeed seasoned F1 technical head Gary Anderson ranked the McLaren car amongst the worst performers in Barcelona.

Red Bull Racing, which itself set a paltry 294 laps after power unit gremlins, looks impressive regardless, particularly given the car used last week was a baseline chassis with minimum aerodynamic trickery. The four-time championship-winning team is expected to be a contender.

Though testing remains just that, the first four-day session comprised all the ingredients of the McLaren-Honda project’s downfall, and the key to the collapse is in the nexus of the union, as described by Ron Dennis in 2014.

“The one thing that jumps at you … this year is the time difference between the Mercedes-Benz works team and other teams,” he said. “Even though you have the same brand of engine, that does not mean you have the ability to optimise the engine.

“My opinion… is that you have no chance of winning the world championship if you are not receiving the best engines from whoever is manufacturing your engines.”

Pain for gain has been the team’s implicit mantra since 2015, so it should be of extreme concern to McLaren-Honda that Red Bull Racing’s customer engine-powered RB13 is billed as having serious title credentials.

If the Renault-powered Red Bull machine win the championship, the reasoning McLaren put to abandon its long-term Mercedes engine partnership will be rendered worthless. The foundation of the partnership simply will fall away.

Doubly worrying is that Red Bull Racing’s chief rival in the chase for Mercedes’s crown is Ferrari — and a Ferrari championship would undermine McLaren-Honda’s centrepiece: Fernando Alonso.

‘Regret’ therefore does not appear in his vocabulary — unless, that is, Ferrari were to beat McLaren to the title.

“If [Ferrari] win the championship, probably yes [I will regret leaving] because I had a contract last year and this year with them … I probably will feel that I could have had that opportunity as well,” he said this time last season.

Could the partnership, already riddled with tensions, survive a collapse in faith and near certain subsequent exit of perhaps the most highly regarded racing driver of his generation? Unlikely.

Therefore McLaren-Honda’s equation is simple: pray that neither Red Bull Racing nor Ferrari is capable of breaking Mercedes’s dominance in 2017, because the championship falling to either team would deal a fatal blow to either the union’s reason for being or its spiritual focal point.

The stakes have never been higher — it’s make or break for McLaren-Honda in 2017.

← Hamilton’s data ban: is Lewis onto something?
Who won the ‘winter world championship’? →