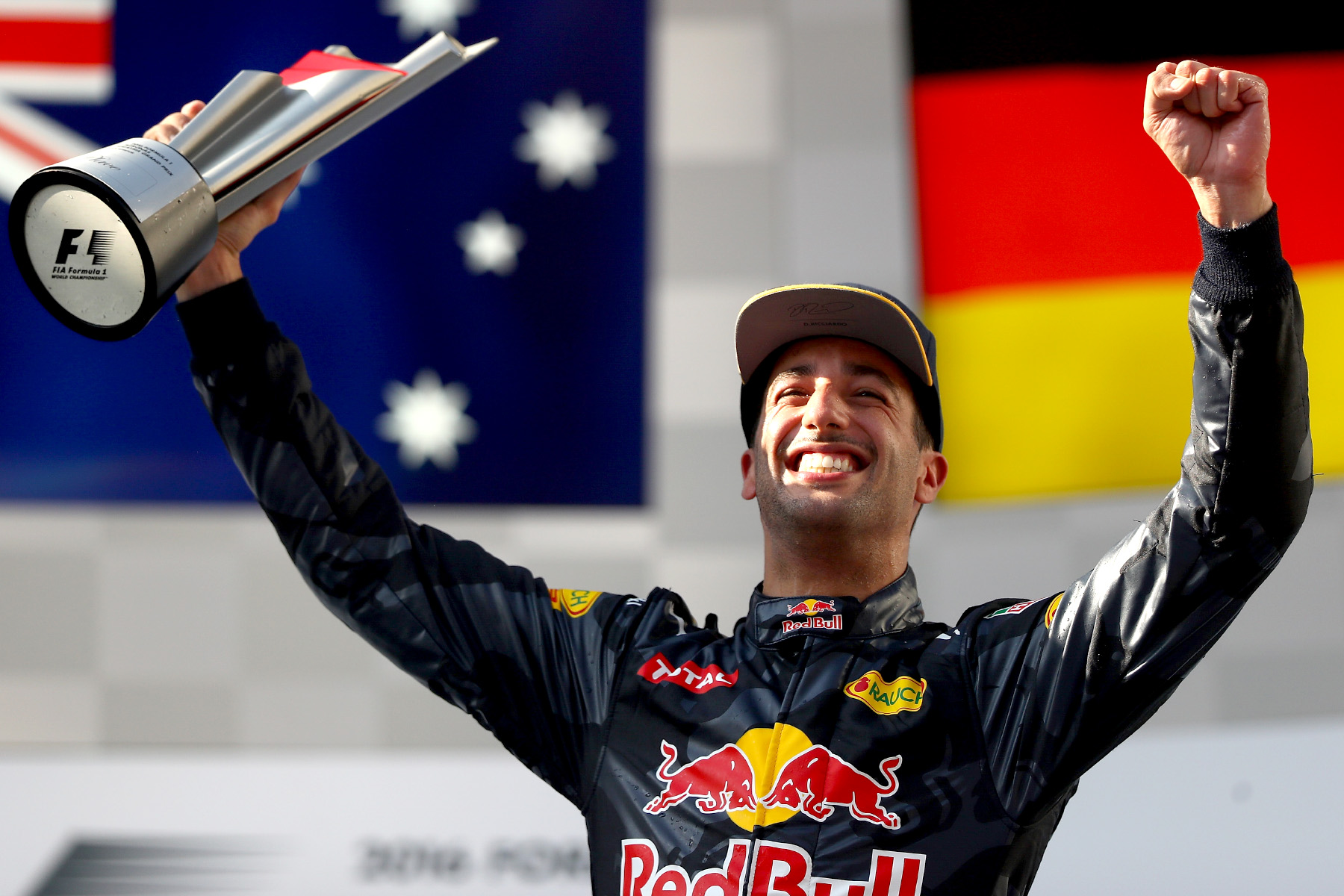 Bianchi lost his life on 17 July 2015 after nine months in hospital with brain injuries sustained at the 2014 Japanese Grand Prix.

Ricciardo was particularly close to Bianchi, who was one of the Australian’s first friends after moving to Europe to pursue his motorsport career.

The pair, both then 17, trained together in the north of Italy, Ricciardo competing in Italian Formula Renault 2.0, Bianchi in the French iteration of the same competition.

Ricciardo reached Formula One first — halfway through 2011 with former team HRT, then full-time at Toro Rosso in 2012 — and Bianchi joined him in 2013 after winning a seat at Marussia, now Manor, where he scored the team’s only points to date.

The Frenchman lost his life nine days before the Hungarian Grand Prix, where Ricciardo finished third on the podium on an emotional weekend, but the Australian said he preferred to wait to dedicate a win to his friend.

“It’s been just over two years since my last victory,” he said, opening up to the television reporters in Sepang. “It feels like it’s been a long two years, and a lot’s happened in those two years.

“Definitely a life-changing moment was the loss of Jules — obviously a competitor, also a friend, and that was hard to take. It was really hard to move on.

“I would’ve loved to have won sooner and dedicated this a bit sooner than I did today, but I think since that day — it definitely changes a person, but for the better — I’ve become a lot more appreciative of the things I have and the position I’m in.

“Today I won a Formula One race. It’s another dream coming true. This one’s definitely for him.

“I also want to thank the team — Red Bull — and my family for all the support they’ve given me from day one. All these little things add up and build up to the moments like today.”

Verstappen looked likely to pass Ricciardo, who was executing a one-stop strategy, using his fresher tyres, but when Hamilton’s car stopped on track and triggered a virtual safety car, Red Bull Racing decided to pit both their drivers to create an even playing field for the final stint of the race.

Ricciardo held off Verstappen, who nibbled into his two-second lead throughout their duel, to take the team’s second win of the season, denying Mercedes an opportunity to clinch the constructors championship.

“It was fun. It was hard racing, and for sure we’re both determined to win, and we want to beat each other, but I think we did it today very fairly and with a lot of respect, so I thank him for that.”

On the podium Ricciardo celebrated with an infamous ‘shoey’ — drinking champagne from one of his race boots — a tradition becoming increasingly associated with his appearances on the podium, and even forced the drink on Verstappen, Nico Rosberg, and Red Bull Racing principal Christian Horner.

“I hope he does not win any more races this year,” Rosberg deadpanned in the post-race press conference when asked if he enjoyed the taste.

“I haven’t made many friends, actually, from this,” Ricciardo replied with a grin.

← Ricciardo wins for Red Bull after Hamiton’s lead goes up in smoke
Momentum is just another word for confidence: Ricciardo →