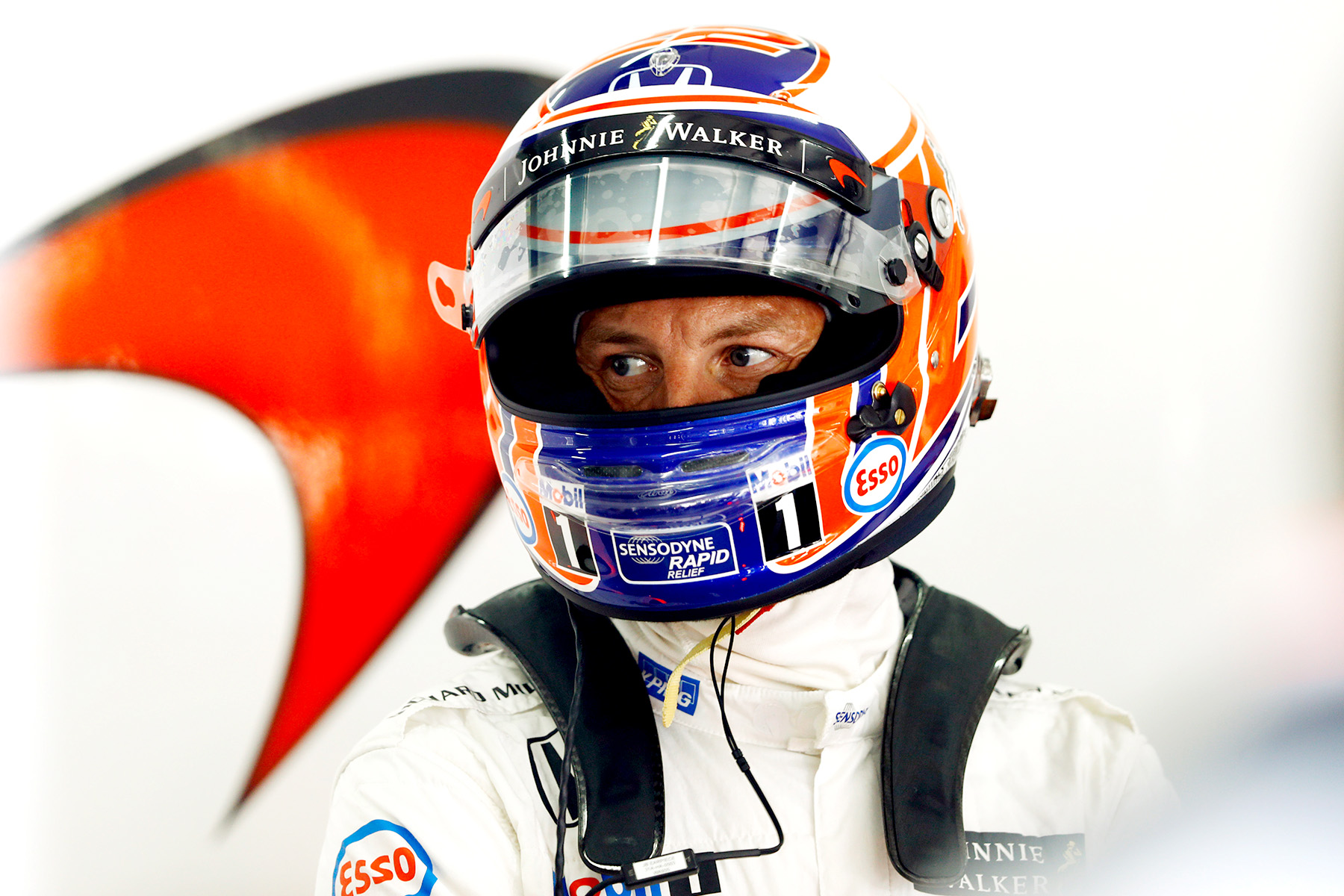 Button went on to qualify ninth for the race, but the Saturday evening session got off to a rocky start when the Briton spun his car as he fumed behind slow drivers apparently unaware of his McLaren rapidly approaching.

“It was just people on out-laps,” he said. “I’d spun off. I can’t put that down to Kevin [Magnussen] being in the way, but it was the fifth car I’d caught on my timed lap.

“I was just getting frustrated, and then when I went for a lap again Ocon just didn’t move off line at all.

“Braking for turn nine, he was on an out-lap, so I had to actually out-brake him into turn nine — lunge him up the inside — which I don’t think I’ve ever had to do in qualifying before.”

The 2009 world champion said it was down to the teams to keep their drivers abreast of faster cars on hot laps approaching them and in so doing keep qualifying running smoothly.

“It’s disappointing, really. Our team are very good at telling us when a car is coming up behind — they give you a countdown of seconds — whereas it doesn’t seem other teams are keeping their eyes open as much, or the drivers aren’t listening.

The McLaren-Honda driver’s final result, however, was far from frustrating, and he claimed his Q3 time — a 1 minute 34.518 seconds — was the result of one of the best laps of his career.

“It was definitely up there [as one of the best],” he proclaimed after qualifying. “To be fair my Q3 lap was probably better than my Q2 lap because I was wrestling the car a lot more and the balance wasn’t there, so it was probably actually a better lap considering I didn’t have the balance I wanted.”

Button’s weekend up to qualifying had been lukewarm, setting times fast enough for tenth in Friday practice and twelfth in Saturday practice, whereas teammate Fernando Alonso was responsible for testing Honda’s latest specification power unit, for which he will start at the back of the grid with a litany of penalties.

Changes overnight Friday, however, rectified many of the Englishman’s problems, allowing him to split the warring Force India and Williams teams on the grid.

“Yesterday I really struggled with the balance,” he explained. “We know why, basically, but a lot of progress made by the whole team, so a good job to get the balance somewhere I was comfortable.

“Q2, to be fair, the car felt at its best. In Q3 we tried something a little bit different, but it didn’t quite work out. It was either eighth or ninth, and we got ninth.

“It’s not too bad. I think we can race well from there. We’ve just got to get it around the first lap without hitting anything.”