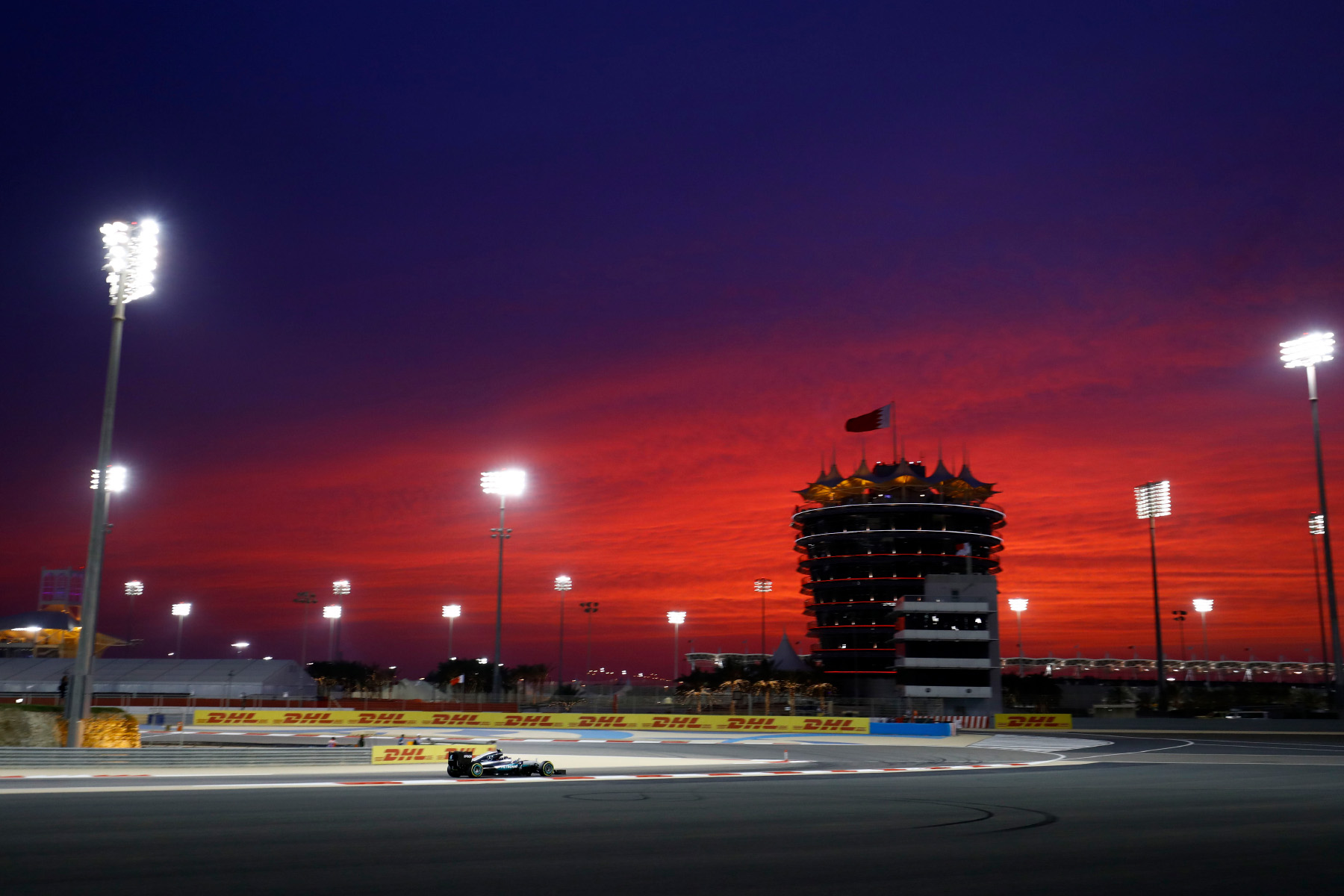 Rosberg blasts past Hamilton in Bahrain

Nico Rosberg won his second consecutive race of the season after polesitter Lewis Hamilton fumbled off the line in Bahrain.

Rosberg’s victory extend his end-of-2015 streak to five wins on the run over his reigning world champion teammate, earning him a 17-point lead in the drivers championship standings.

“it’s been an awesome weekend,” he said. “The key was really the start — I got a great getaway

“I was trying to control the pace. Very happy with today; awesome to get another win.”

Sebastian Vettel, who qualified third and was anticipating taking the fight to Mercedes after almost snatching victory in Australia, suffered a devastating engine failure on the warm-up lap, leaving Kimi Räikkönen as the Scuderia’s sole representative.

“I don’t know [what happened] yet,” Vettel said after returning to the paddock. “I lost power, smoke was coming out, so we decided to stop.

“Obviously frustrating, but the important thing is we support Kimi now, then after the race well see what happened, whether the engine is damaged or not.”

Vettel said he thought it unlikely that his engine failure would be related to Räikkönen’s turbo fire that put him out of the Australian Grand Prix.

“It was a surprise what Kimi suffered in Australia. I think we fixed it. We’ll have to see at this stage.”

Räikkönen finished second and ahead of Hamilton in third after a blistering opening stint saw him recover two places he lost at the start.

“Obviously not too bad,” he said. “But I made a bad start and after a few laps we were [far] behind Nico. It’s pretty difficult to recover from there.”

The Finn, who finished second in Bahrain last year, said the gap to Mercedes was definitely closing but another step is still needed to consistently challenge for wins.

“We had pretty good speed — not enough to win, but we’ll take second today and try to improve on that.“

Rosberg easily beat Hamilton off the line with a superior start, after which he controlled the race, but the second Mercedes car was sucked back into the pack due to a first-turn collision with Williams’s Valtteri Bottas.

Bottas sailed into the side of Hamilton’s car after he and Massa rocketed off the line, and he was subsequently handed a drive-through penalty for his clumsiness.

But Hamilton had his work cut out for him by that point after falling to ninth at the start of the second lap and coming under attack from the entire midfield.

“Two separate incidents, but both equally as painful,” said Hamilton, likening his poor start in Bahrain to his getaway in Australia. “We still managed to get up there and at least get some points for damage limitations.

“I’m glad that it wasn’t more points — obviously I could not have finished the race.”

Räikkönen, too, found himself out of place in sixth on the first lap, and the two world champions spent their opening stanzas scything back through the field in an attempt to reclaim the podium.

Räikkönen made some brutal moves against Red Bull Racing’s Daniel Ricciardo and Williams’s Valtteri Bottas after which a lap eight pit stop for the second Williams of Felipe Massa handed the Finn second.

Hamilton followed close behind, finding his way up to third one lap later.

Second and third would be as high as either could hope to get, however, because by the time they raced back to the pointy end of the field Rosberg had stolen a 13-second lead on the field.

Räikkönen and Rosberg traded soft-supersoft-soft strategies to little strategic effect, while Lewis Hamilton gambled on the medium tyre in the second stint, but still opted for a conventional three-stop strategy thereafter when to obvious advantage on the harder tyre could be found.

The Australian spent most of his race passing both Williams drivers and teammate Daniil Kvyat, all of whom ran varied strategies but with the Australian’s proving apparently quickest.

Romain Grosjean finished a fantastic fifth to add 10 points to the eight he scored for Haas in its first race last round in Australia, keeping at by Max Verstappen’s Toro Rosso, shod with the supersoft tyre in the final stint, at the end of the race.

Kvyat struggled in qualifying and his lack of faith in the RB12 translated into the first half of his race, which was characterised by limp-wristed defences of his position in wheel-to-wheel combat.

But his strategy — a soft-soft-supersoft-supersoft approach — delivered an upturn in form in the second half, in which he recovered to seventh after a duel with Bottas and Massa.

Massa and Bottas finished within eight seconds of Kvyat’s Red Bull Racing car and ahead of arguably the most impressive finisher — McLaren’s Stoffel Vandoorne.

Vandoorne was called to Bahrain on Thursday after Fernando Alonso was barred from competing by the FIA’s medical delegate, but his rushed Formula One debut resulted in him outqualifying teammate Jenson Button and Saturday.

The Belgian then shone in the race with some deft racing in the midfield to finish tenth and score one point — the team’s first of the year and the first driver to score on debut since Lewis Hamilton in 2007.