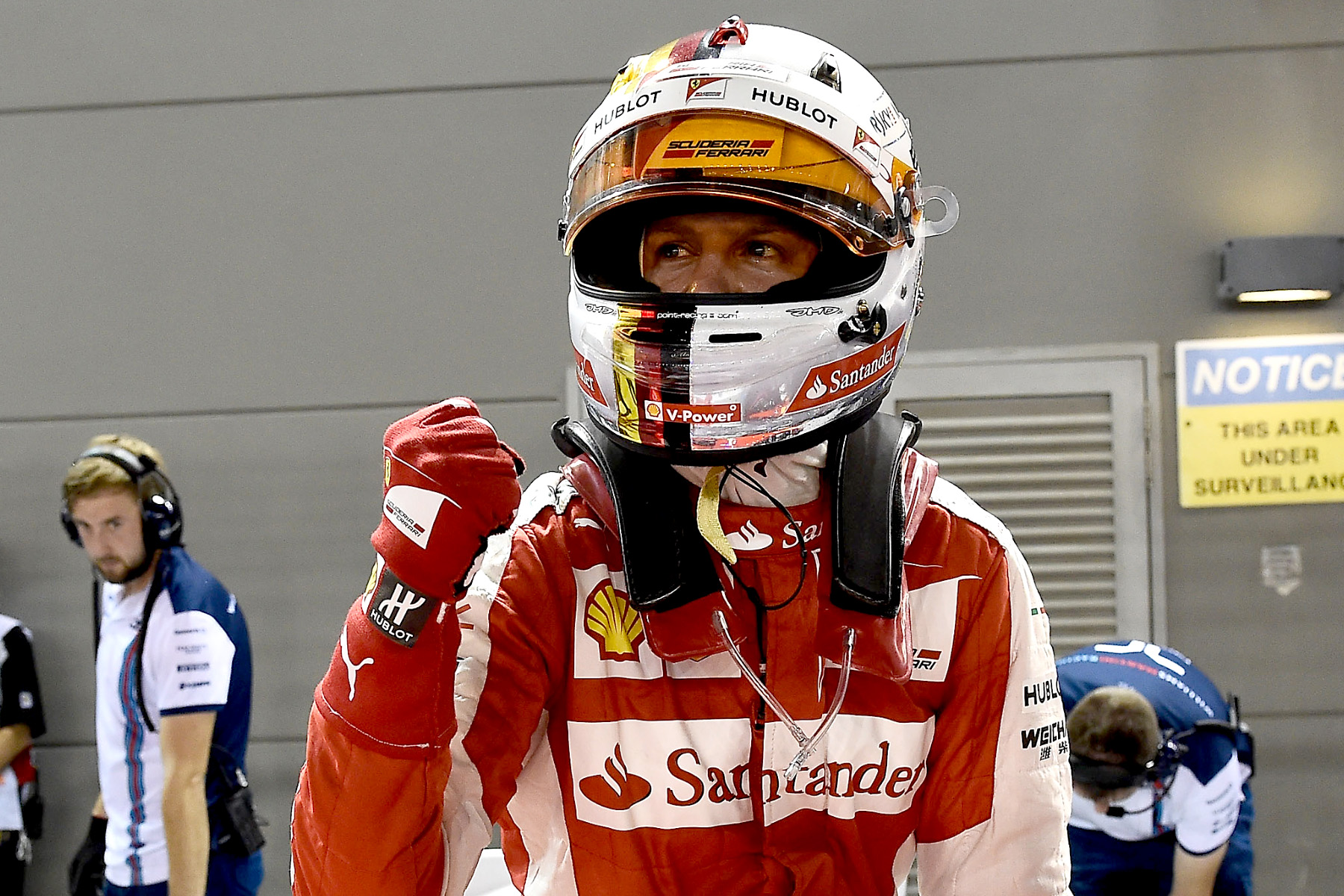 Sebastian Vettel has cruised to victory on the streets of Singapore after title leader Lewis Hamilton retired with power unit troubles.

Vettel started from pole, but a lightning start to put a gap between himself and second-placed finisher Daniel Ricciardo ensured his first stint was trouble-free.

His two stops were triggered by safety cars — the first for a crash between Felipe Massa and Nico Hülkenberg, the second for a track invader — but he had no trouble re-building a gap to Ricciardo each time.

“One of [my best races],” said Vettel. “it was pretty intense.

“We had a bit of a breather with the safety cars, but lots of pressure from behind.

“Daniel had a very good race looking after his tyres very well, which made it a bit tactical at the end of the stints. I was chipping way and trying to control the gap. Obviously that worked.”

While most pundits expected a close race at the top of the field between Mercedes, Ferrari, and Red Bull Racing, Ferrari’s superiority, with Vettel just out of reach for the entire weekend, shocked the paddock.

However, the signs were there from Friday, particularly in the long-run race simulations, which Vettel credited as being the building blocks of his win.

“Friday was not perfect, but we improved the car overnight and we picked up so much pace.

“The car was amazing yesterday over one lap — the feeling I got! — and then the same today, I was able to look after my tyres and control my pace.

“It was a great day and a really great weekend.”

The win puts Vettel 49 points behind Hamilton and Ferrari 153 points behind Mercedes with six races left, leaving the German bullish about his chances for the rest of the year.

“If we have more weekends like this, yes!,” he said, when asked if he could bring home the title.

“All we have to do is look after ourselves — maximum attack — and what [Mercedes] do is out of our hands.”

The only minor point of controversy in Vettel’s win was the second stint, in which the gap to Ricciardo shrunk to around a second from the otherwise standard three to five seconds.

It allowed Räikkönen to catch the pair, and Ricciardo didn’t deny that it had been a deliberate tactic.

“I think Seb experimented a bit today,” said the Australian. “At the start of the race he went, and he saw at the end of the stint that I was coming.

“In the second stint it seemed like he learnt from the first and backed us up, then went after that.”

Ricciardo nonetheless believed the Red Bull, around the Singapore streets where the disadvantage of his underpowered Renault power unit counted for less, had the pace to win.

Kimi Räikkönen completed the podium for Ferrari, admitting he didn’t expect to be there.

“Friday was fine for me,” he said, “but yesterday we struggled for whatever reason and I didn’t expect much better today.

“I was surprised to finish third today, yesterday was a struggle.”

By extension of Ferrari’s unchallenged victory the story of the weekend was Mercedes’ lack of pace, which the team and the drivers admitted they could not explain.

Both Lewis Hamilton, who retired with a throttle problem, and Nico Rosberg, who finished fourth to close his championship deficit to 41 points, said after qualifying that their cars felt fine to drive but lacked mechanical grip.

Speculation suggested Mercedes was overheating Pirelli’s sensitive super-soft tyres, but the team denied this was the case.

In the place of any explanation conspiracy theories flourished, including that Pirelli and the FIA’s new tyre pressure rules, of which Mercedes was controversially found in breach at the Italian Grand Prix but let off unpunished.

Whispers suggested the FIA’s new enforcing procedures have disallowed any workarounds to advantageously decrease tyre pressures, contributing to Mercedes’ enormous 1.5-second qualifying deficit on Saturday and to Rosberg’s 24.7-second gap to Vettel at the end of the race.

Valtteri Bottas held Daniil Kvyat at bay after the Red Bull driver was served a helping of bad luck at the first safety car period, which came two laps after he made his first stop, putting hi out of sequence with most of the rest of the top ten.

Sergio Perez, Max Verstappen and Carlos Sainz found themselves battling for P7 in the final stint of the race — impressive particularly for Verstappen, who started one lap down after his car stalled on the grid — but the final laps of the fight were marred by Toro Rosso team orders.

Carlos Sainz had been shod with newer tyres when the team asked Verstappen to let him by on the final few laps to have a go at Perez.

Verstappen refused, shouting down his engineer over team radio, and crossed the line in front of his teammate and tenth-placed Felipe Nasr.

Both McLaren retired for the grand prix despite signalling Singapore as one of its strongest races during the week.

Fernando Alonso and Jenson Button retired with overheating gearboxes — particularly painful for Alonso, who was running in ninth when he was forced to bring in the car, leaving the McLaren-Honda partnership red-faced heading into the week of its home race at Suzuka.