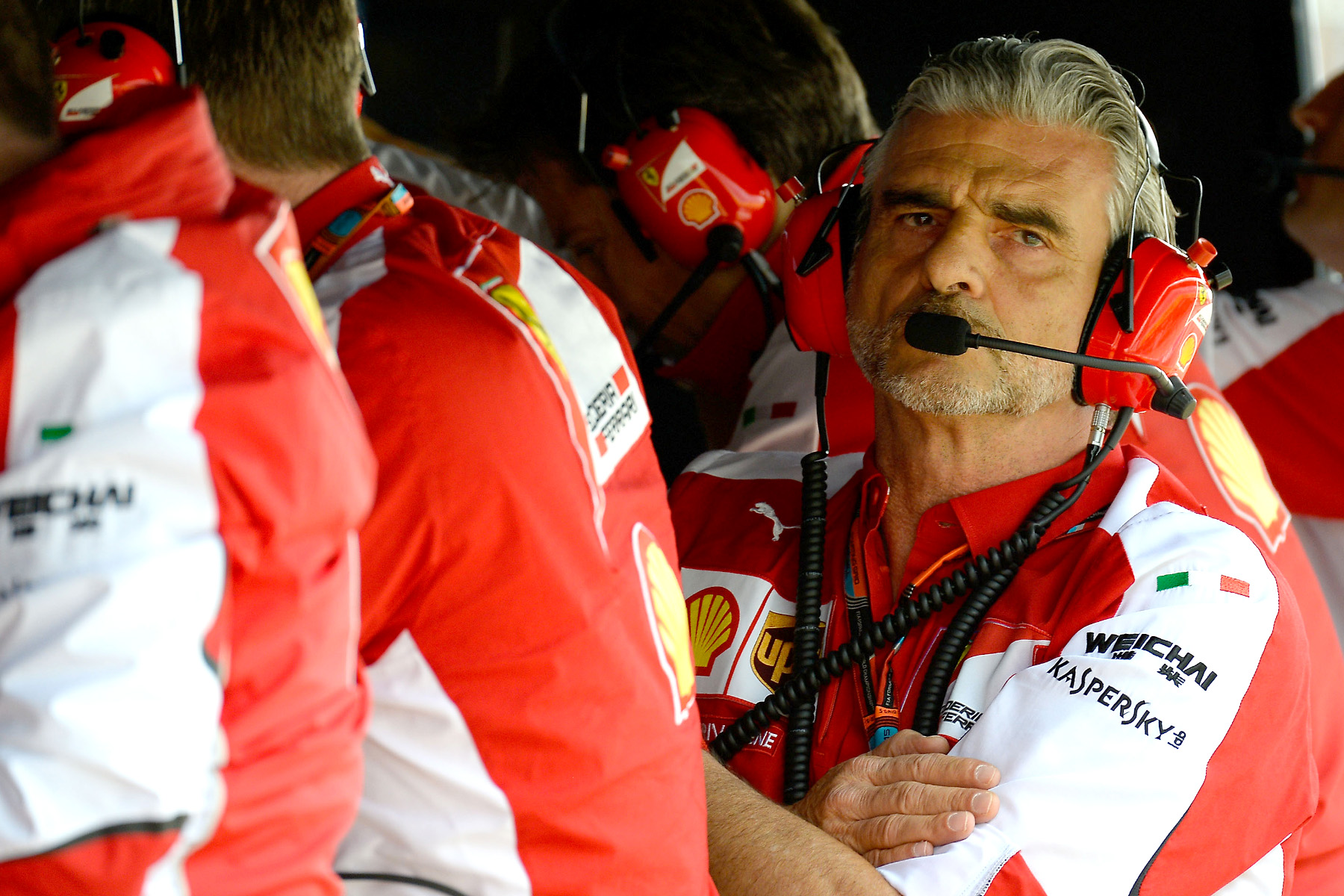 Glass half empty for Ferrari at Silverstone

Practice on Friday and Saturday suggested the Italian team was set for a competitive weekend, but being relegated to row three of the grid behind Williams was an unexpected blow.

The bulk of the race provided little more to smile about, with both Sebastian Vettel and Kimi Räikkönen mired in battled behind the top four until the rain arrived.

Sebastian Vettel was able to capitalise and scythe through the struggling Williams to finish third, while Räikkönen was switched to wet tyres too early, eventually finishing eighth.

“I think it’s half empty because we were doing a very good job in terms of strategy,” started Arrivabene. “The rain was helping us — but if the race was dry instead of being wet, the result would be completely different.

“If we want to be serious, we need to start from there and work on the problem that we have.

“We were quit slow on the straight without getting anything in the high-speed curves. This is the problem.”

Arrivabene offered no reason as to why the Ferrari suffered around Silverstone’s fast and sweeping bends, but suggested it would be considered a matter of urgency moving forward.

“Barcelona was more or less the same story,” he said. “I’m not finding any excuses, because this is something I said last time in Austria — we’re going to have tracks in our favour and other tracks where we struggle.

“The reality is that I would like our people to concentrate on the weaknesses instead of looking at the strengths.”

Räikkönen, who was forced to make a third pit stop after his intermediate tyres overheated from overuse in dry conditions, tended to agreed with his team principal.

“Once I started pushing the car was actually fine,” said the Finn. “It felt better than yesterday. Obviously the lap time was a bit missing for whatever reason, but I think the handling was as good as it could have been.

“I think we’re seeing it depends a lot on the layout of the circuit and the conditions and what tyres we run over the weekend, but I expect it to be a slightly different story at the next race [in Hungary]

“It’s not ideal for us this kind of layout, conditions, and tyres, but we have to improve. We have to try to get better at whatever circuit it is with whatever conditions and tyres.

“We have to just keep working and try to improve.”