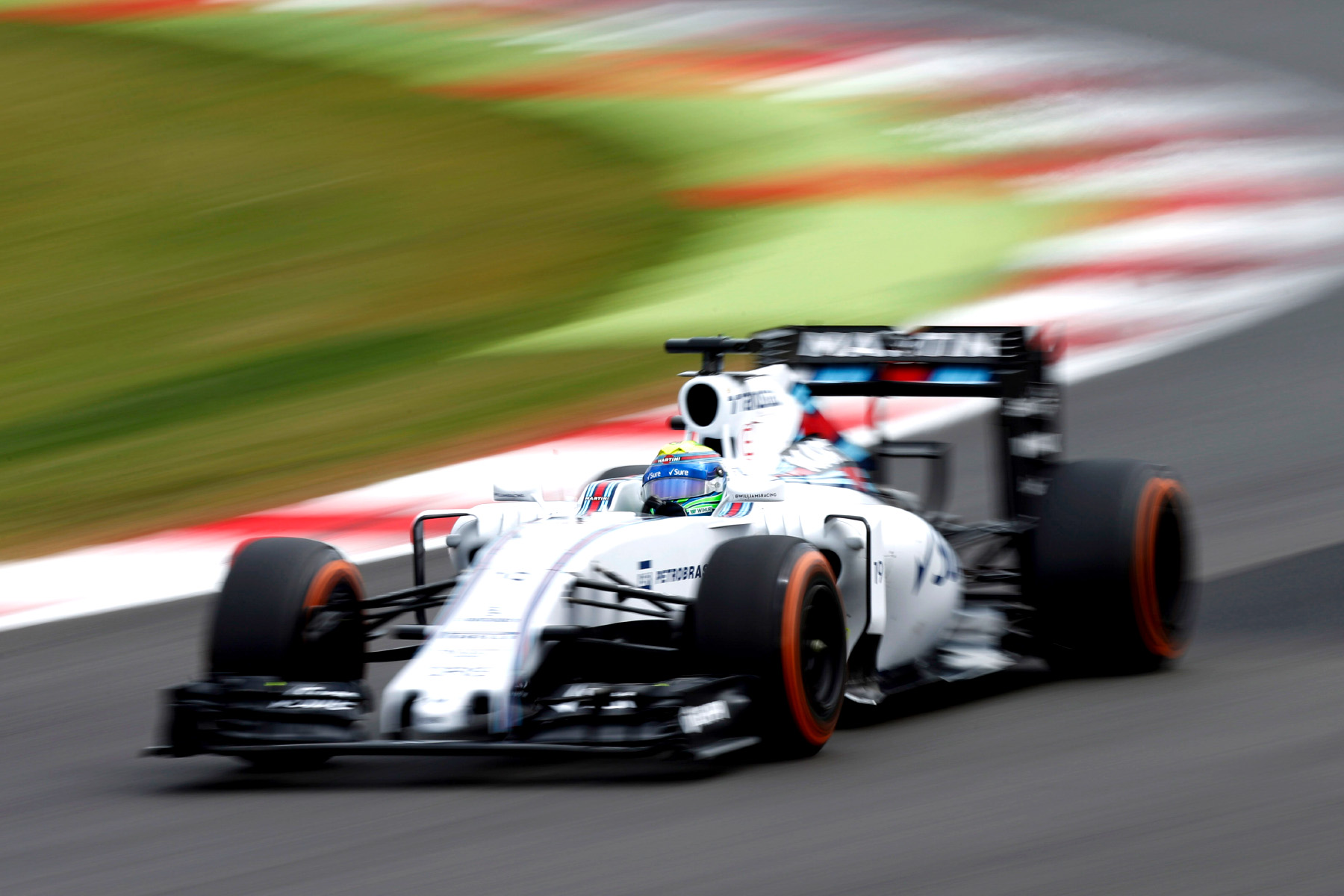 Williams performance chief Rob Smedley says he was comfortable that his team would be able to lock out the second row despite problems during Friday practice.

The independent team typically keeps a low profile on Fridays, but the uncharacteristically slow times logged at Silverstone set off alarm bells inside the garage.

“When you boil it down, you’re looking for a few tenths to get us back to our normal position. We knew the areas we needed to improve — we weren’t particularly strong in managing the tyres yesterday, and the other thing was that the cars weren’t particularly comfortable for the guys to drive.

“It was about tackling those two areas, and I think you’ve seen today that we got both pretty much spot on.”

Felipe Massa leads Valtteri Bottas in P2 and P3 on Sunday’s grid for tomorrow’s British Grand Prix, with the pair separated by 0.064 seconds. The Ferrari of Kimi Räikkönen sits 0.2 seconds behind, beaten despite the Scuderia’s own pre-race optimism.

“I think I said pre-weekend that this is a circuit that would definitely suit our car with all the high speed sections and with it having very high power sensitivity, very high drag sensitivity, and very high downforce sensitivity.

“If you do all the numbers and all the modelling, then it certainly looked like we would have a reasonable chance of getting at Ferrari.”

Smedley remained cautious, however, that the margins could narrow on race day, admitting that Ferrari’s lack of qualifying pace was suspicious.

“I’m pleasantly surprised about the size of the gap, but it’s a question you probably need to ask Ferrari, because they didn’t seem to pick up anything through qualifying.

‘Whether or not they used al the power unit energy in that first qualifying or not, I don’t know.“

While the battle on the Ferrari front has swung towards Williams, the fight with the all-conquering Mercedes yielded a 0.8 seconds gap which, though under the one second advantage not unfamiliar this season, does nothing to please Smedley.

“I don’t look at that eight tenths as being an ‘only’,” he insisted. “That’s a big chunk for me, and that’s something we need to work on and improve.

“If we want to win races on merit and go on to win world championships, it’s the gap to the leaders we need to concentrate on.”