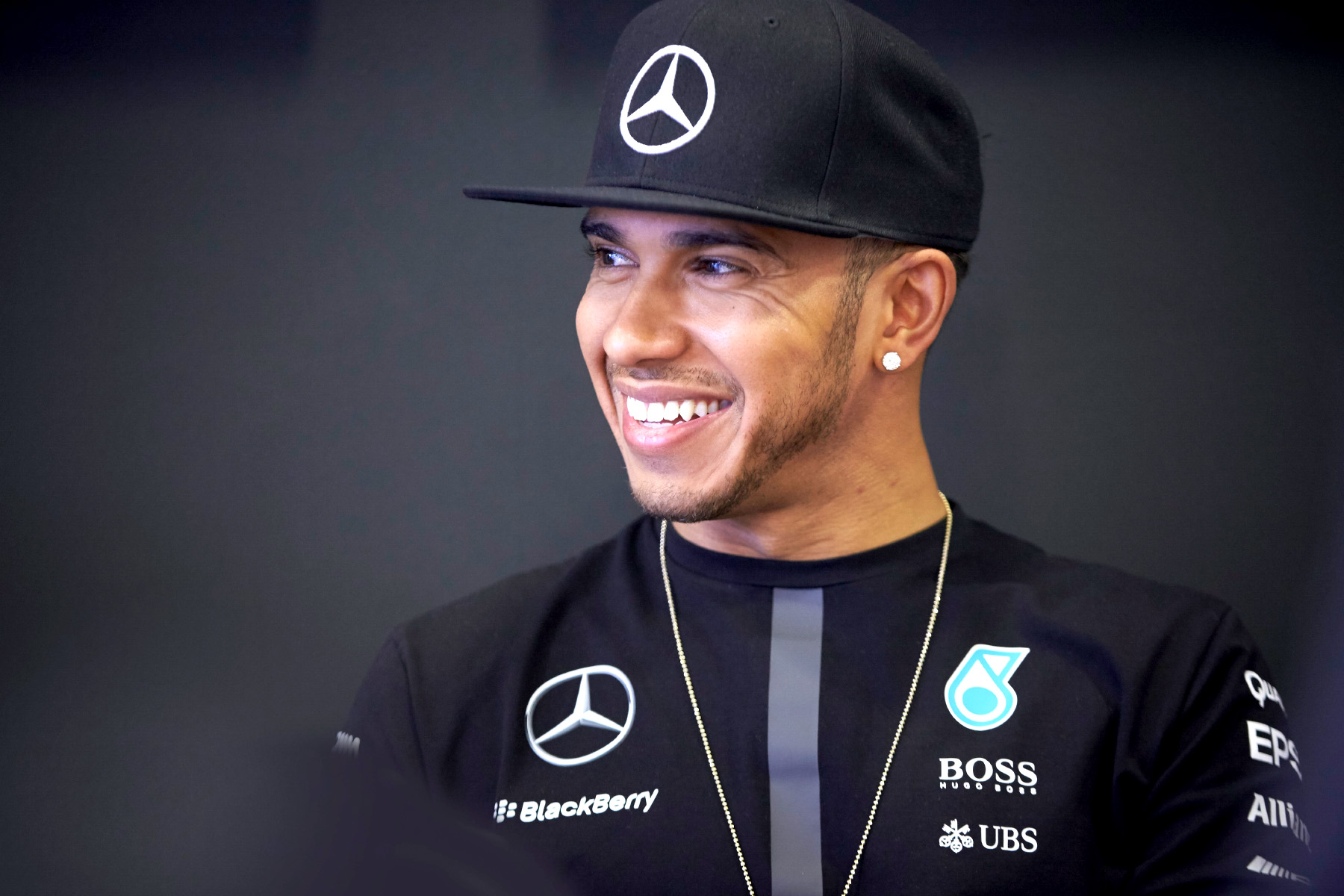 Lewis Hamilton has come away with pole for the Austrian Grand Prix despite spinning his car on his crucial final qualifying lap.

Hamilton lost control of his Mercedes at the first turn, temporarily leaving his provisional pole open to Nico Rosberg, who was ahead of him on the road.

“Generally it was quite a difficult qualifying session for everyone, especially with the rack conditions,” said Hamilton.

“I was grateful I got my lap in the first run of Q3 — then I put in the effort on the last run, but I locked the rears. I thought I’d lost it there.”

Bizarrely, however, Rosberg responded by himself losing control of his car before crossing the line, surrendering the opportunity and consigning himself to P2.

“I’m not sure [what happened],” said Rosberg, who left his car to the marshals to trudge back to the pits by foot.

“I went on the astroturf on the second-to-last corner — maybe it was still a bit wet or maybe I overdid it — but I lost it there.”

More painful still was the Rosberg’s sector times up to that point suggested he was likely to snatch pole from his teammate with his last-gasp lap.

Sebastian Vettel, the man closest to challenging Mercedes, was unable to capitalise on what could have been Mercedes’ misfortune, qualifying third with a 0.155 gap between him and his second-placed compatriot.

“Once again I thought we could probably have a bit of a word, but unfortunately [Mercedes] were a bit too quick,” said the Ferrari driver.

“We tried everything. I think we generally looked good through free practice, and I think Q1 looked good for us. We slipped into the groove quite nicely.

“[But] in the last part of qualifying generally Mercedes-powered cars are able to turn up performance quite a bit.”

Ferrari has looked close all weekend, and are expected to look more competitive in race trim on Sunday.

Felipe Massa could only qualify in fourth place at the circuit he scored Williams’ only pole last season, but did so by easily overpowered teammate Valtteri Bottas, who qualified in sixth, by one and a half tenths.

Between the Williams pair sits Nico Hulkenberg, fresh from his Le Mans victory with Porsche last weekend (perhaps you heard), in his Force India.

Max Verstappen put in an outstanding effort in the tricky, slightly damp conditions to qualify seventh and ahead of Red Bull Racing senior driver Daniil Kvyat by eight-hundredths of a second.

Kvyat himself acquitted himself by putting his RB11 into Q3 after teammate Daniel Ricciardo was eliminated in the previous session, and was able to keep an impressive Felipe Nasr at arm’s length.

QUALIFYING TWO
Most unhappy at the end of Q2 was Daniel Ricciardo, who failed to reach Q3 for the first time as Red Bull Racing driver after qualifying a lowly P14 and three-tenths of a second slower than his teammate Kvyat during the session.

Ricciardo’s misery largely came about after a brief off-track excursion that took temperature out of his tyres, meaning he could log a lap faster than only Fernando Alonso, who put his McLaren in fifteenth.

Compounding the result is that the Australian is carrying a ten-place engine change penalty into the race — and because he can only drop six places before reaching the back of the grid, he will also be forced to take a five-second stop/go penalty during the race.

Pastor Maldonado led the midfield eliminations in eleventh, just missing out on joining his teammate in the top ten shootout, but just ahead of Sauber’s Marcus Ericsson and Toro Rosso’s Carlos Sainz.

QUALIFYING ONE
The track started damp after rain began falling halfway through free practice three earlier in the afternoon, prompting most drivers to set out on exploratory laps on the intermediate tyre.

The caution persisted for the first eight minutes thanks to the unusually slippery surface, but Felipe Nasr’s pioneering lap on the supersoft tyre was quick enough to convince the field to make the switch.

When the music stopped it caught two world champions without a Q2 berth in Jenson Button in P17 and Ferrari’s Kimi Raikkonen in P18.

Most frustrating for Button is that he carries a 25-place grid penalty after changing his gearbox and taking fifth and sixth engine components, which exceeds the season limit of four.

With his qualifying position so low, he will start from the back of the grid and be forced to take a 10-second drive-through penalty during the race in lieu of the grid drop.

Raikkonen was particularly frustrated and was seen storming from his garage into the motor home, despite Ferrari insisting there were no problems with his car.

Sergio Perez was also knocked out in Q1, qualifying sixteenth, in Force India’s last race with its A-spec, 2014-plus chassis, while Roberto Merhi outqualified Manor teammate Will Stevens in nineteenth and twentieth.