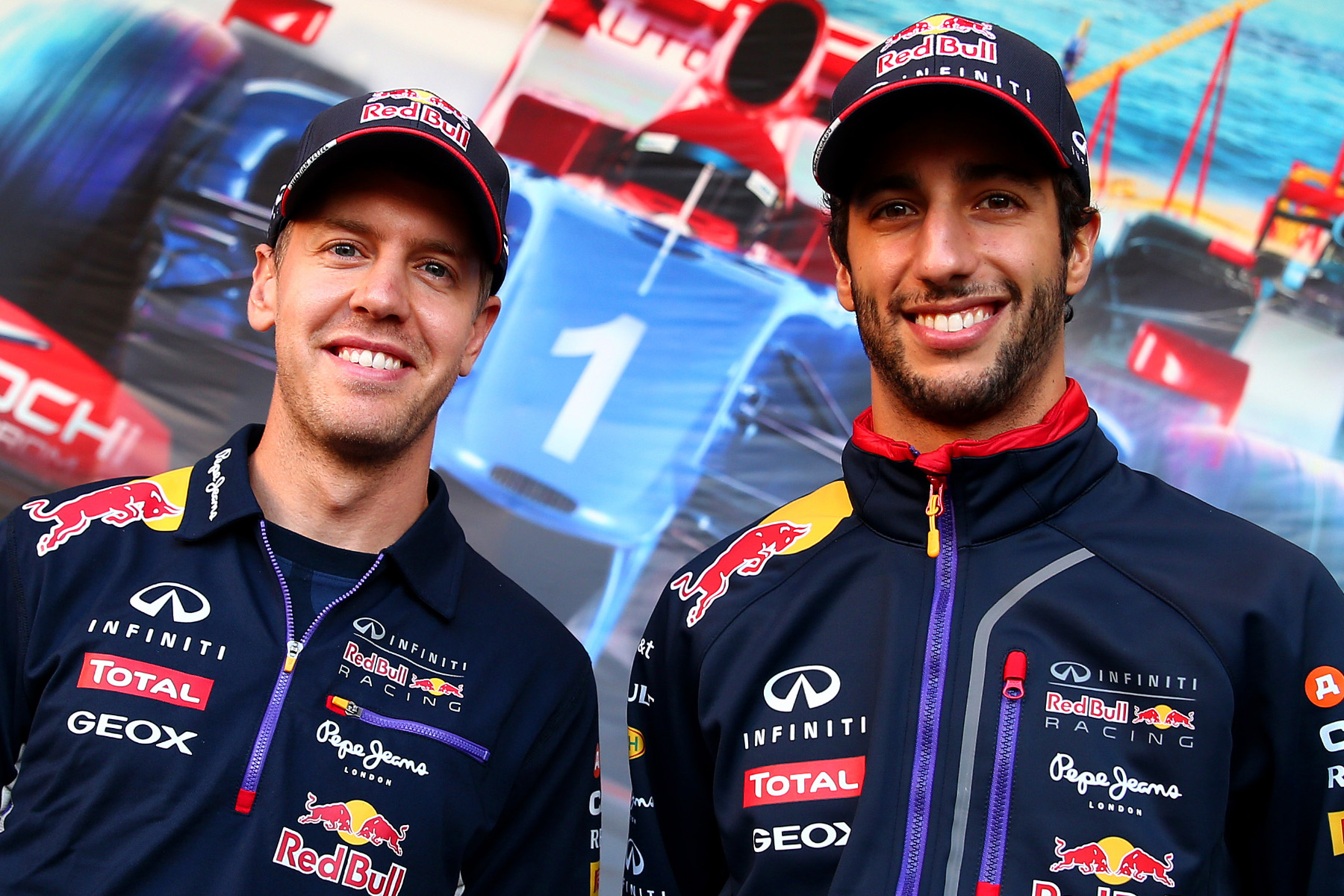 On a day when Red Bull felt it had never been further from to podium, the former star pupil of its driving academy was claiming his first victory wearing Ferrari’s famous red overalls.

Sebastian Vettel and his new team expertly outmanoeuvred Mercedes in a thrilling Malaysian Grand Prix to claim the Scuderia’s first win for almost two years, and Vettel’s first since Brazil 2013.

The smiling German celebrating on the top step may now be clad in enemy colours, but his former team allowed itself to feels some pangs of happiness for the man who now seems worlds away from the brooding figure he cut in the paddock last year.

“It’s great to see Seb win, it was classic Sebastian today,” said Red Bull team principal Christian Horner. “He got his head down at the front, managed the tyres, and he managed to make a two stop work when others couldn’t.

“In that situation he’s quite often unbeatable. He’s obviously got the feel that he needs from the car that Ferrari is providing him.

Ricciardo, the man whose performances in the same 2014 car many regard as the prime reason Vettel left Red Bull Racing in the first place, felt similarly unrestrained in congratulating his former teammate.

“It hurts, but I have to be a good loser,” he said. “He’s done very well, and I don’t think anyone expected him to do that, so hats off to him.

“That was obviously a great drive and a great result.

“I’m happy for him, don’t get me wrong, but I’m frustrated at the same time — obviously congrats to Seb, but getting lapped by him was not the best feeling in the world!”

Formula One continues in a fortnight with the 2015 Chinese Grand Prix at the Shanghai International Circuit on April 10-12.