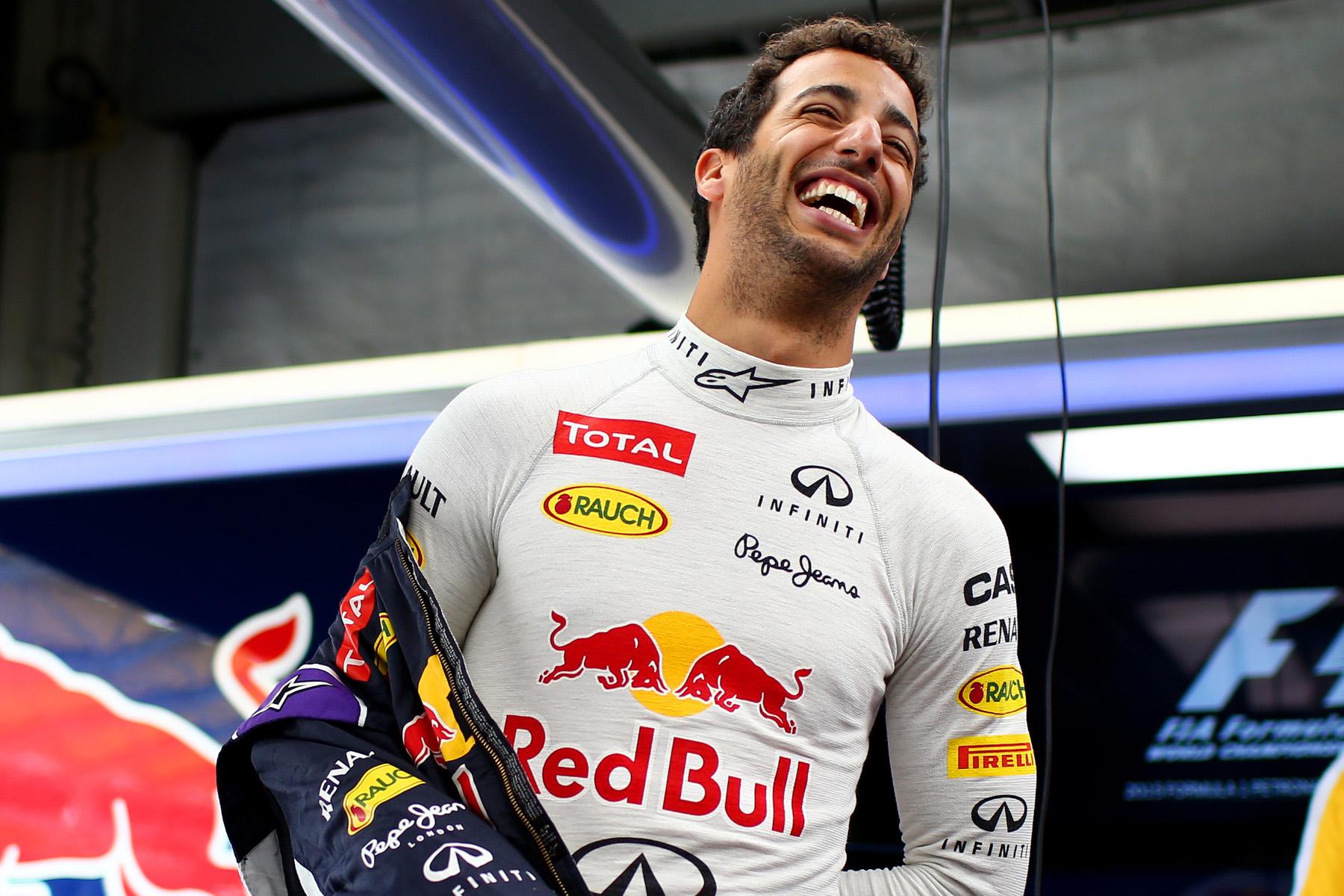 Ricciardo hoping for a wet race

Daniel Ricciardo has credited his superb fourth place in qualifying in Malaysia on Saturday to the weather and a step backwards in engine configuration in equal measure.

Red Bull Racing and its engine supplier Renault have been the protagonists of a public sledging match since their disappointing start to the season in Australia — so much so that the RB11 has been reverted to its pre-season testing specification in order to roll back some of the negative changes made for Melbourne.

Though the Red Bull appeared to be far more driveable during Friday and Saturday practice, Ricciardo has credited the wet weather for his strong qualifying pace.

“In the dry I don’t think we would’ve been fourth today, so obviously we’re a little bit more competitive in these conditions,” said the Australian. “But in saying that I think we’re close enough to the front so that even if it’s dry, if we get a good start — and I use my mirrors for 56 laps! — we could be doing pretty well.”

“I won’t be disappointed if it rains [in the race]. It’s a little bit more tricky in the wet, but I can’t really complain.”

That Red Bull could favour wet conditions at any point in a race weekend seemed unthinkable just a fortnight ago in Melbourne, where the chassis and engine were communicating so poorly with each other that braking the car could cause spontaneous bursts of acceleration instead.

The changes made by Red Bull and Renault after eventually, if forcedly, banging their heads together mean that the complete package, while not at its competitive best, is at least stable,

“If in Melbourne it was at 25 per cent potential, I think it’s now at 75 per cent, it’s a really good step forward,” he said. “I think we basically went back to the things we knew in Barcelona testing.

“Coming to Melbourne we tried to bring everything in at its optimum with new software, but it didn’t work for whatever reason. Now we’ve taken a step back and we’ll try to work forward again from this position.

“The main difference is driveability in the power. It’s now consistent — from Friday morning until now every session has been the same, whereas in Melbourne every session was different.

“It’s still not perfect, but we’ve made I think the best step we could ask for in a two-week period. In Melbourne we’d get big hesitations on throttle in different areas of the track, whereas now it’s still not perfect but it’s a lot better and at least consistent.

“If we can keep building on that, I think we’re going to be looking good in the not too distant future.”

The true amount of ground made up may be on display tomorrow — the tropical weather usually arrives in Sepang around two hours after the race’s 3PM start time, meaning Ricciardo and Red Bull will likely be denied a wet race.

If that proves to be the case, Ricciardo will find himself on the back foot after a myriad of issues truncated his practice running time.

He was less than enthused about the RB11’s performance on the softer medium compound after a last-minute long run simulation during free practice three on Saturday.

“It was the first time I got on the option today, and it was okay,” he said. “There’s still a bit we have to understand, and because we’ve obviously had some bigger issues in the past few weeks, we haven’t been able to dedicate too much time to car setup and balance to find out what works and what doesn’t.

“We’re still learning is I guess what I’m trying to say. We’ll see how we go tomorrow. If we finish in the top four or five in the dry conditions, and obviously with reasonable pace, we’ll be satisfied with that — though obviously we’ll try to achieve more and get our elbows out.”