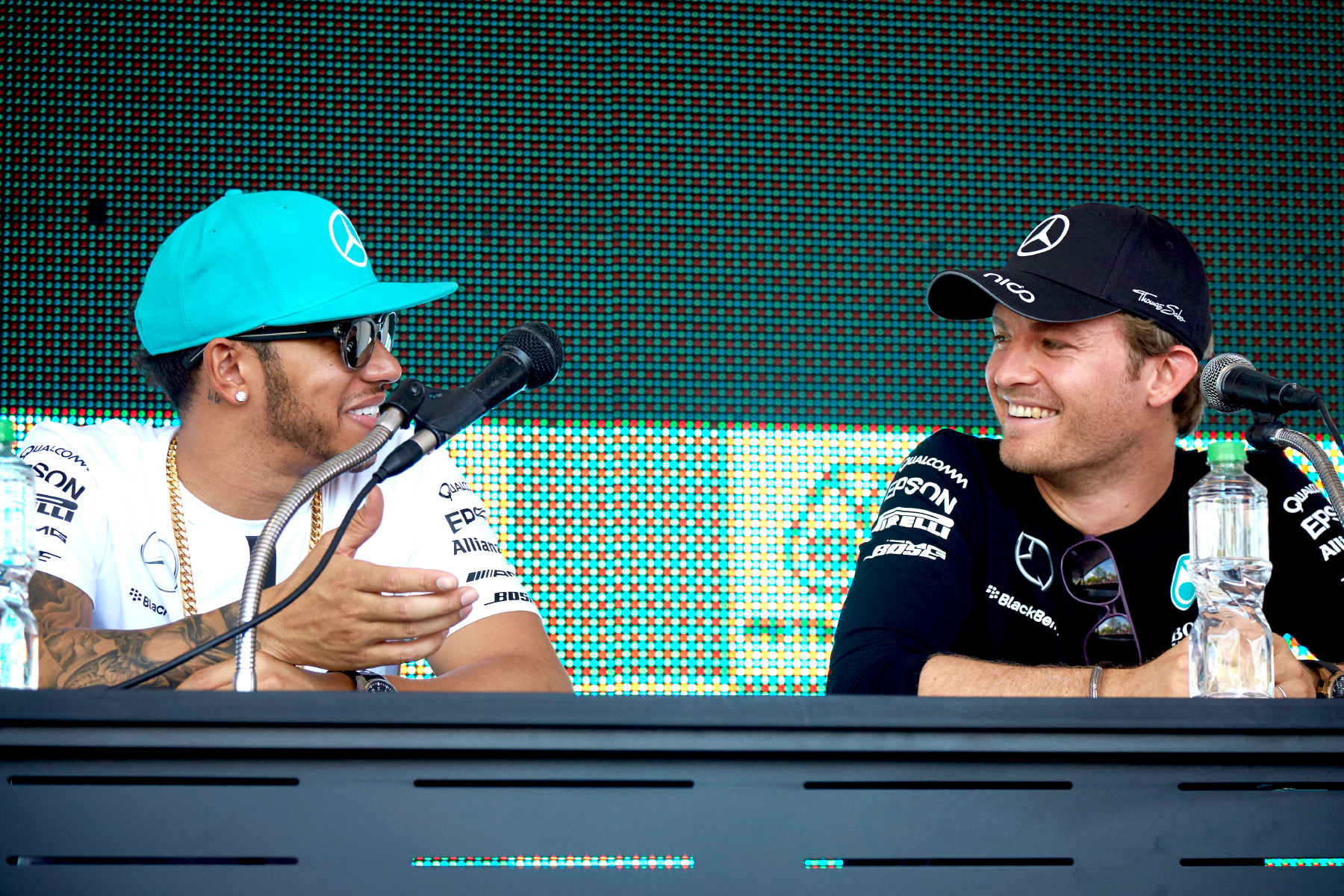 Qualifying was turned on its head when heavy rain arrived one lap into Q2, nearly knocking out Lewis Hamilton in process, and a wet Q3 equalised the field to bring Ferrari within striking distance of pole.

Mercedes suffered additional stress when Hamilton was seemingly held up by his teammate making traffic of himself when the Briton should’ve been on his first flying lap on new intermediate tyres.

Hamilton sought to defuse the situation.

“I don’t feel this way,” he insisted. “I decided to take the second lap.

“There were quite a few cars ahead. The first sector was looking quite good, but the cars were just getting in the way, so I decided to take the second lap.”

Rosberg played a similarly straight bat when quizzed about his slow lap spent on the racing line.

“It’s not even a discussion,” he said. “We were both on slow-down laps at that point in time, that was very clear.

“If you bail out of a lap, it turns into a slow-down lap.”

When it was put to him that Hamilton had set a purple first sector, Rosberg said that his teammate had abandoned his first lap independent of him being on the track.

“Me just saying it isn’t going to bear much weight. I don’t have the answer to make that a fact right now. I will have to think of something later on, or you can ask Toto.”

If it was trickery, it amounted to nought: Rosberg qualified half a second behind Hamilton when Mercedes should have been able to secure yet another one-two.

“The first run was in extremely challenging conditions because the track had so much grip,” he explained. “You needed to be massively creative and adaptive to find the limits immediately.

“Lewis just did a lot better than all the rest of us, Sebastian and I were miles off. It’s a matter of finding the way, and he did an impressive first lap.

“The problem was that we didn’t get our strategy right — we didn’t have our tyres at their best by the time we got to the second lap at the second run.

“We used our tyres a bit just by cruising around because there was so much grip out there. That’s why Sebastian was relatively quick at the end there compared to us —he got the strategy right.

”He did a good job, of course, but that explains us being down.”

“Am I comfortable? No — they’re right there. We need to be at our best, but I’m still confident we have an advantage over them and that we are still the best — but they’re coming at us.”

“I don’t think it will be just between Nico and me, I think the Ferraris look quite good on the long runs,” said the Britain.

“Depending on what happens at the first corner between the three of us, I hope we have a battle on our hands, that’d be really cool.

“I’m quite happy to have a four-time world champion alongside me.”