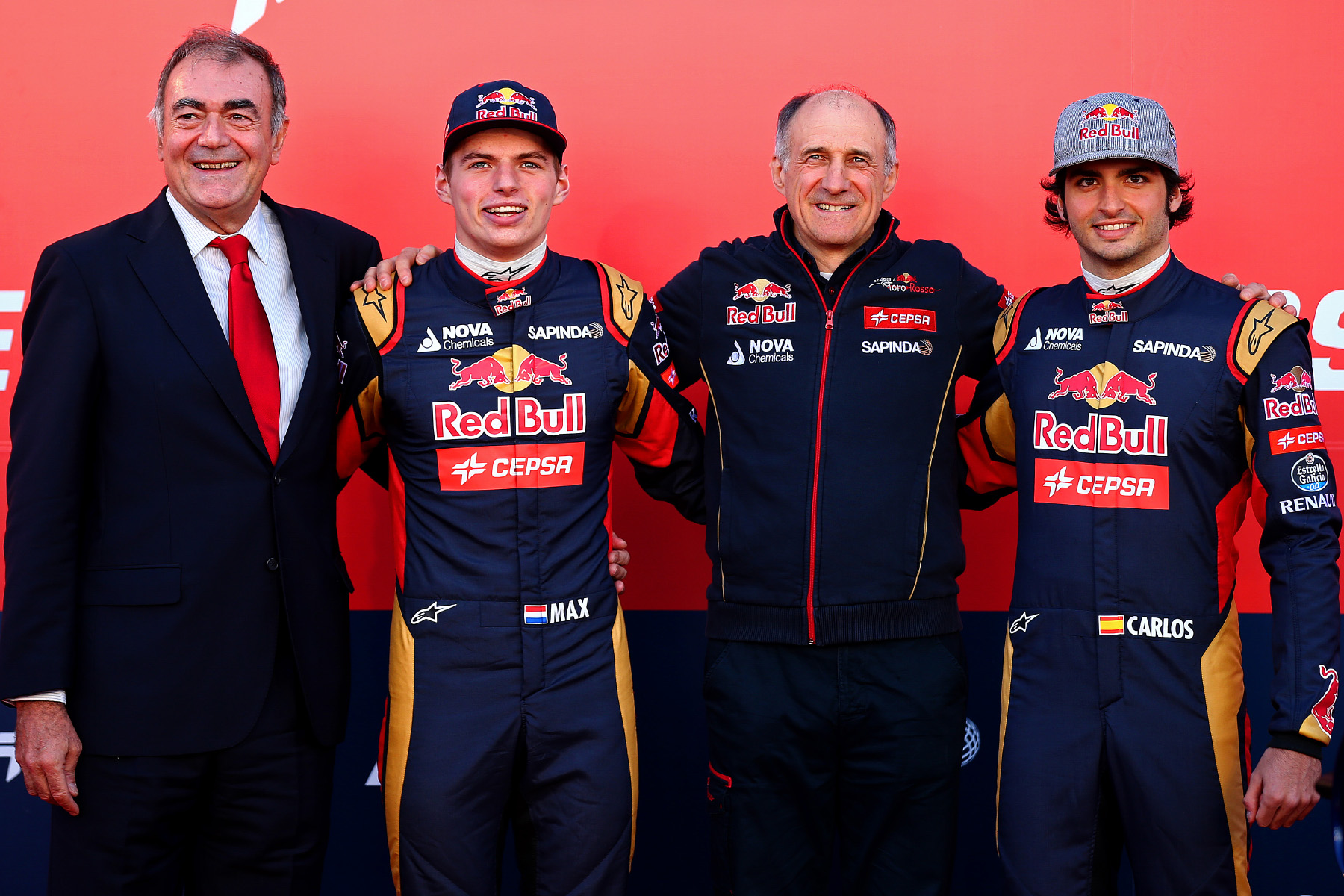 Scuderia Toro Rosso team principal Franz Tost has done little to hose down rumours that Red Bull is considering scaling back its commitment to Formula One in the near future.

Speaking at the FIA Friday press conference, at which Tost was joined by Renault F1 chief Cyril Abiteboul and Red Bull Racing team principal Christian Horner, the Austrian lauded a theoretical sale to Renault as a potential boon for the midfield squad.

“I think this would be a fantastic opportunity for Toro Rosso to make the next step forward,” said Tost, “because the team wants to be established in the future in the first five of the constructors championship.”

Echoing lines thrown around recently by the likes of McLaren chief Ron Dennis, who has proclaimed that championships fall only to engine works teams, not customer teams, Tost said a close relationship with Renault could be key to his squad’s future success.

“Well, it sounds like Franz wants to sell his team to Cyril, so we then need and engine,” he said before changing the subject.

Rumours of the Renault board considering re-entry into Formula One as a fully-fledge constructor after withdrawing from the sport at the end of 2010 have persisted for months.

Renault, which has been liable to allow the media to speculate freely on the subject, continued to push its limited information campaign.

“Then, if we can do that, we’ll have to review the situation from a marketing and strategic perspective and see if there is anything better to do compared to what we are doing currently — from more Formula One to less Formula One.

“But for the time being we are focussed on what we are doing.”

The questioning didn’t abate, however, and Abiteboul was pushed to give more information.

“I can confirm that we are looking at a lot of options — including getting out of Formula One,” he added.

“If Formula One is that bad for Renault’s reputation, if we see that we struggle with the current formula, if Formula One is not delivering value for what it costs Renault, bearing in mind that when you are an engine supplier, you have no financial incentive to develop and to fund engine development; if this is what we are looking at, and obviously we think that we are a credible player in the sport and we want to compete amongst the best brands and that Formula One is good for a brand, then we need to think about what else we can do compared to what we are doing.

“If you do that, this is an open market and we have the capacity to have discussions with lots of parties. But as I’ve said, for the time being the focus is on engines.”

With the relationship between Red Bull and Renault at breaking point, and with the likes of Force India and Lotus discounting themselves from any sale before 2020, Toro Rosso remains the favourite for a buyout in the future — and judging by the limp-wristed arguments against a purchase on the part of Renault, one feels a deal must be on the cards.