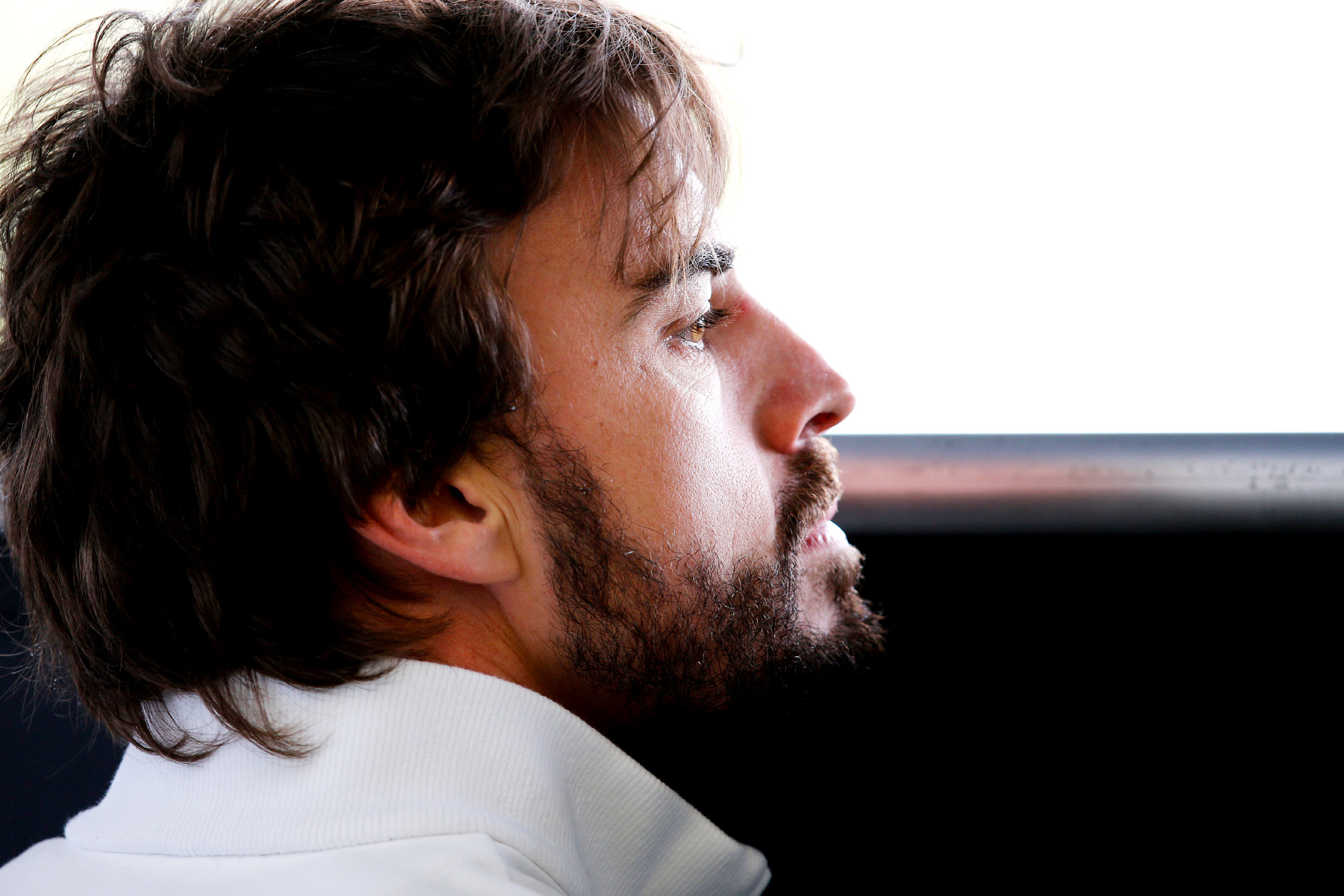 “It’s clear there was a problem in the car”: Alonso

The cameramen take their positions in the hot and humid Malaysian morning, and with the sun beating down on his white McLaren t-shirt, Fernando Alonso has emerged and entered the Sepang paddock.

Cameras are set to burst mode and the endless clicking begins, for here is indisputable documentary evidence of Fernando Alonso’s post-crash existence.

For more than a month Formula One had been forced to satisfy itself with the drip of information fed to it by McLaren as to the status and whereabouts of its sidelined star. Suspicious questions, already abundant in the immediate aftermath, were reaching fever pitch.

But this story had at least one more twist to be turned.

“It was Sunday morning. We definitely had a steering problem in the middle of turn three. It locked into the right and I approached the wall. I braked at the last moment and downshifted from fifth to third.

“After the hit I was kissing the wall for a while. I switched off the radio first, because it was on, then I switched off the mast switch for the batteries to switch off the ERS because I saw the marshals coming [otherwise] they could not touch the car.

“I was perfectly conscious at the time — I lost consciousness in the ambulance or in the clinic at the circuit, but the doctors said this is normal because of the medication.

In one fell swoop, the Spaniard put to rest a mass of rampant speculation — and started the threads of an enormity of others.

First, the team’s claim that “our findings indicate that the accident was caused by the unpredictably gusty winds”.

“Even a hurricane will not move the car at that speed,” retorted Alonso at the raising of the idea.

“Also, if you have a problem or any medical issue, normally you will lose the power and you will go straight to the outside, never to the inside — in a Formula One car you still need to apply some effort on the steering wheel.”

So much for that theory, then. But what about the claim that “we can categorically state that there is no evidence that indicates that Fernando’s car suffered mechanical failure of any kind”?

“I think it’s clear that there was a problem in the car,” said Alonso multiple times. “It’s one of the things that I did in the factory last week — with all the engineers and all the data available, [we went] through the moments and there are some spots here and there, but there is no clear answer.”

Is it possible for a team so meticulous in every conceivable facet of its operation to make so many mistakes regarding a single, seemingly straightforward, incident?

Teammate Jenson Button, who commented that the accident was “strange” after considering the evidence, said he had no concerns about driving the car.

“I’ve looked at the data and I’m happy to drive the car. My view hasn’t changed on that. There was nothing wrong with the car,” he said.

Button wouldn’t be drawn on why he made the initial assessment.

“There was nothing wrong with the car,” he reiterated.

Nonetheless, when he was asked to consider the last time he was in an accident in which there was no data available to explain why it had happened, he quipped “maybe in karting”.

“We have a lot of sensors on the car. This team is very experienced with incidents, and, as does every team in Formula One, it takes every precaution possible in terms of safety.”

While there is no doubt that every team, including McLaren, is committed to safety, question marks about the specific happenings of this accident must remain.

If the crash was as simple as a steering rack problem, what purpose did the theory of the gust of wind or the unconscious Alonso serve?

Much like the crash, the data, and the behaviour of the team in the proceeding weeks, it’s all very strange, and clarity on the issue feels as distant today as it ever did.