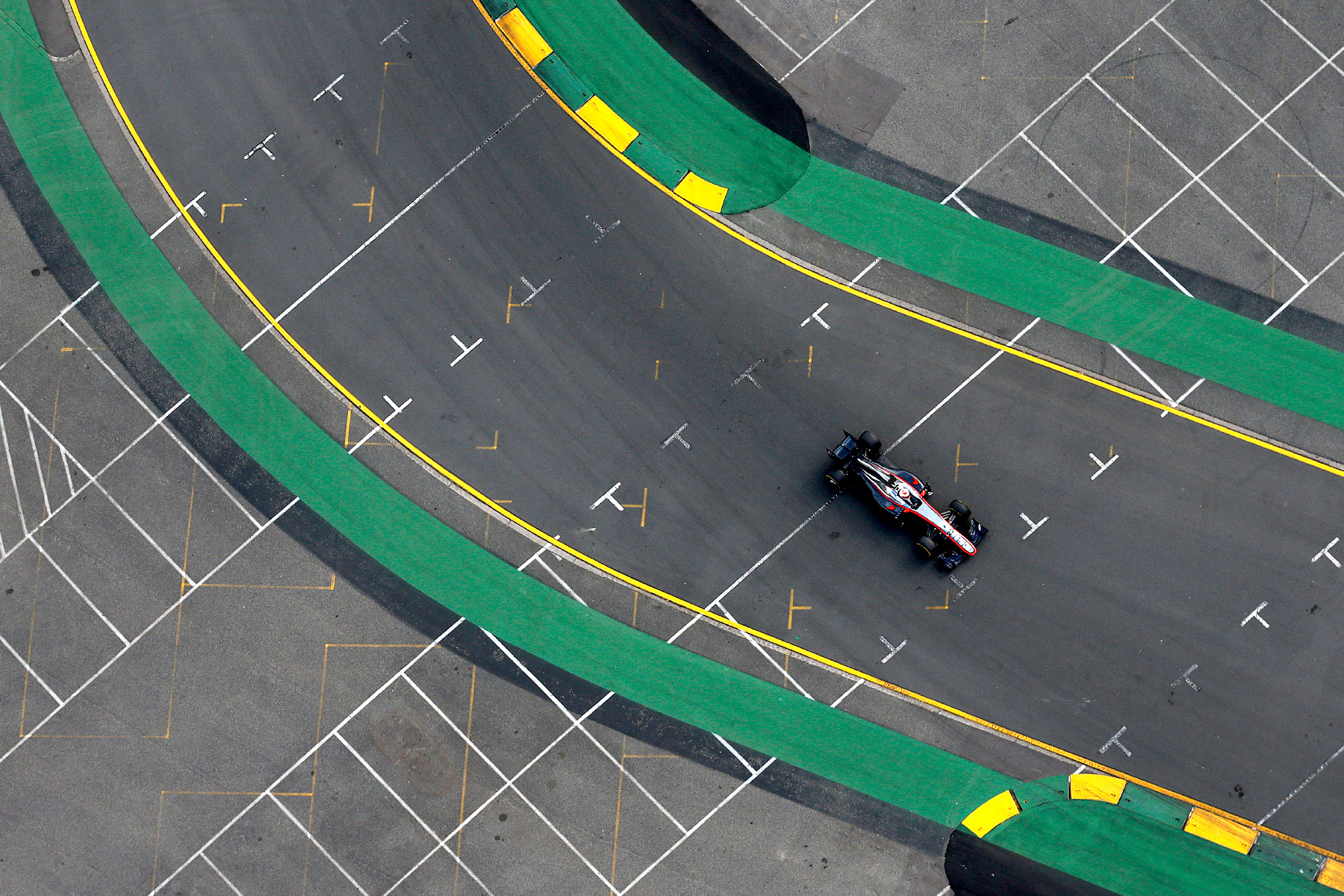 Button: I had a race!

Jenson Button saw a world of positives from his two-laps down, eleventh place finish at the 2015 Australian Grand Prix.

McLaren had the worst weekend of any team to compete at the Melbourne event, with the McLaren car seemingly incapable of stringing together more than 10 or so laps at any one time, and its Honda engine desperately down on power.

However, Button managed to complete the full race — albeit lapped twice by the leading Mercedes cars and more than three seconds off the quickest time — and said the time will put McLaren good stead going forward.

“A good day for us!” said Button after the race, surprisingly upbeat. “Forget about the performance, that’s not what we’re here to do right now.

“We got to the end of the race. That’s a massive leap forward for us — the longest stint we’ve done is 12 laps with this car and power unit. 56 is a big leap forward!”

The biggest disadvantage in McLaren’s 2015 car is the lack of track time it’s had. Unreliability has robbed the team of testing the entirely new package to its limits.

“When you do that many laps, there is so much to see in terms of how the engine and car develops through the race — the temperature change and what have you.

“It’s good information for the next race, and it’s a snowball effect: one small change to something helps in many ways.

“A little bit more power here or there or a little bit less fuel saving means you can get your brakes warmer because you’re braking from a higher speed and later, and that put more temperature in the tyres, which creates better turn-in and helps on the apex, at the exit — it is a snowball effect.

“We’ve got to hope for big progress at the next race with all the information we’ve learnt here, and hope we use it wisely.”

Despite the painful unreliability, Button believes his hope is not misplaced in the McLaren-Honda dream, and that he can already feel the potential in some aspects of the car.

“I’ve had a good feeling with the car when we’ve got good tyre temperature, though there are many areas I feel we can work on.

“In some of the corners I could chase cars and get past. I really enjoyed fighting in the corners, though they obviously disappeared on the straight.

“Not bad, but lots of room for improvement — but that’s the great thing about doing 56 laps: you learn so much.

“But it’s the first time we’ve actually done laps when I can sit in the car and play with it to adjust things on the steering wheel to do with the diff, engine braking, and power, so it’s really nice to get those laps in and have a really good test run.

“Hopefully Malaysia is a nice step forward and we can enjoy it a little bit more and get closer to the cars at the back.”

← Smedley: I don’t do F1 to make up the numbers
“It’s clear there was a problem in the car”: Alonso →