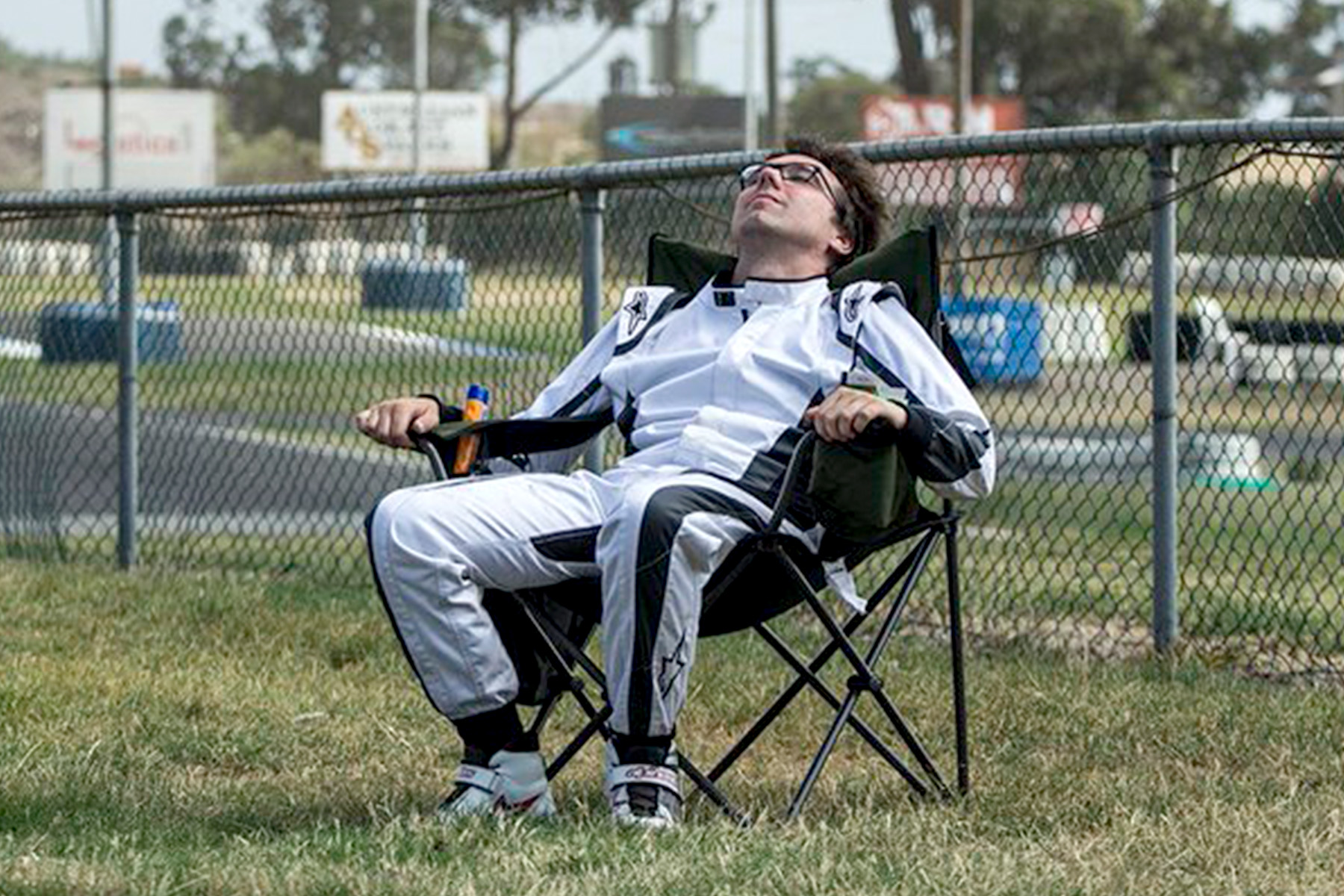 If Rob James were to write an autobiography, he would list his literary heroes as Warwick Capper, Rex Hunt, and Shane Warne. Despite this, he is made of solid intellectual stock. Really, he is.

A junior racing pro, his merits on the track are listed as 27th in the Australian Superkart Championships, of 25 runners. He’s been a graphic designer and a radio DJ, and had a brief yet colourful stint employed by a carpet manufacturer. He aspires to one day own his own car park.